Why Jails Matter in the Fight Against COVID-19 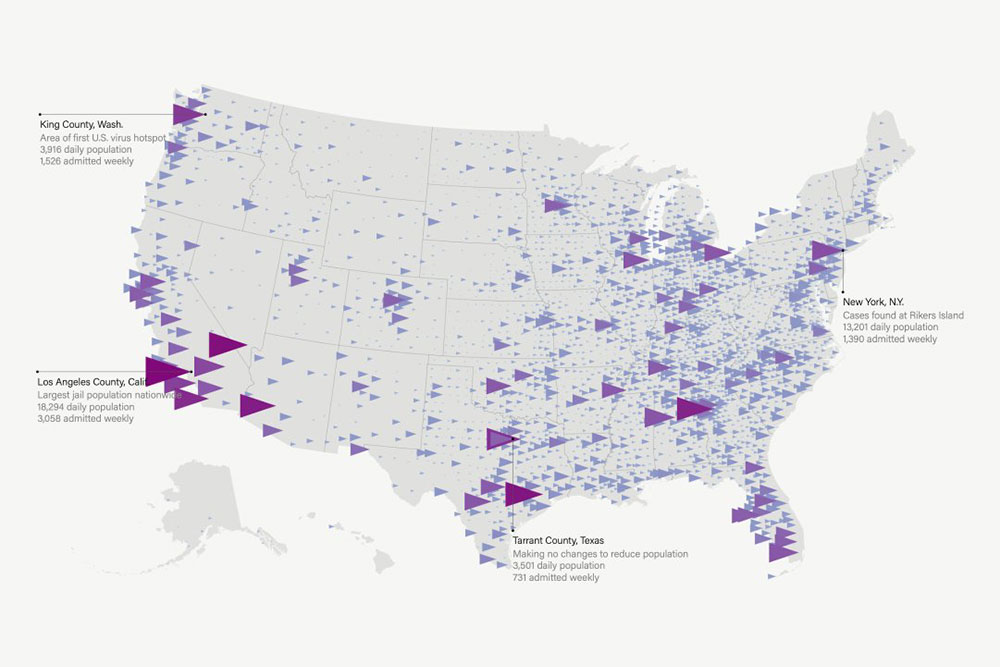 Picture thousands of cruise ships jammed with guests but short on hand sanitizer, protective gear and medical care. Every week, a quarter of the passengers get off, replaced by new people with the potential to either infect or be infected with the coronavirus.

There is a place like that in your community: the county jail, captained by your local elected sheriff, who is charged with preventing Covid-19 outbreaks but most likely has limited supplies and often no say in who enters and leaves the jail.

“It is hugely important that people understand the level of turnover in jails,” said Brandon Garrett, a professor at Duke Law School. “People may have quite short stays, and the turnover means constant cycling in and out of the community.”

Although “prison” and “jail” are often used interchangeably, they are not the same. Prisons hold people convicted of crimes with sentences measured in years and have more stable populations.

Jails are transient. Most there have been charged with crimes but not convicted. Many are waiting to pay bail to be released until trial or can’t afford bail. The rest have misdemeanor convictions with sentences counted in months instead of years.