At Duke Law, funds from the Center for Statistics and Applications in Forensic Evidence are used to improve the way forensic evidence is used in the courts. 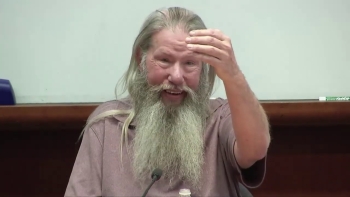 The Center for Statistics and Applications in Forensic Evidence (CSAFE), which sponsors data-driven research on forensic evidence at Duke and five other universities, has won federal renewal and $20 million in funding for the next five years. The National Institute of Standards and Technology (NIST) announced the renewal, effective June 1.

At Duke, CSAFE supports work led by Brandon Garrett, the L. Neil Williams, Jr., Professor of Law, and through the Duke Center for Science and Justice, of which he is faculty director. Garrett also is a member of the CSAFE leadership team.

NIST established CSAFE as a Forensic Science Center of Excellence in 2015 as a partnership of Iowa State, where it is based; Carnegie Mellon University; the University of California, Irvine; and the University of Virginia. CSAFE has grown to include more than 60 researchers from the four original universities and two others, Duke University and West Virginia University.

CSAFE’s mission includes building “a statistically sound and scientifically solid foundation for the analysis and interpretation of forensic evidence.” The center’s researchers also work to grow competence in the forensic and legal communities and to offer education and training to practitioners.

At Duke, the work of the Center for Science and Justice supported by CSAFE has focused on how forensic evidence is used in the courts, Garrett said. “We have taught innovative and experiential courses on how lawyers put forensic experts on the stand, including a mock trial course. We conduct trainings for practicing lawyers. And we conduct research, including mock trial studies of how jurors evaluate forensic evidence.”

Last spring, Duke Law hosted a CSAFE conference, “Getting Forensics Right” for statisticians, lawyers, and forensic practitioners, marking the tenth anniversary of an influential 2009 National Research Council report, Strengthening Forensic Science in the United States: A Path Forward, that called for major reforms and substantial research to validate forensic evidence and techniques and led to the creation of CSAFE. The conference featured an appearance by Keith Harward, who spent 33 years in prison based on erroneous bite mark comparisons and was exonerated by DNA.

CSAFE-funded research at other universities includes projects such as improving the accuracy of shoeprint and treadmark identification; analyzing data from digital devices to determine the likelihood that events are connected; and developing better ways of identifying and comparing signature features from firearms and ammunition.

In its first five years, CSAFE has made a great deal of progress building relationships between scientists and practitioners and will begin leveraging those relationships to transfer research to investigators in the field and lawyers in the courtroom, said CSAFE director Alicia Carriquiry, distinguished professor in liberal arts and sciences and the Iowa State University President’s Chair in statistics.

“We have been working hard to gain the trust of practitioners,” Carriquiry said. “Now they can begin to see that we’re here to develop new tools that can assist them with producing high quality data and results.”

A growing body of work on scientific evidence at Duke Law

Duke Law has long been a leader in the area of scientific evidence. Duke Law annually hosts the Whiskey in the Courtroom conference, currently co-hosted by the Center for Science and Justice and the Wrongful Convictions Clinic. Students enrolled in the Wrongful Convictions Clinic have conducted detailed re-investigations of cases that involved scientific evidence and they have litigated forensics issues on behalf of clinic clients.

Forensic science-related courses at the law school include two classes taught by Garrett and Professor of Law Nita Farahany: a forensic science seminar and the Amicus Lab, a course in which Duke Law students write and submit briefs based on law and science. Recently, a brief the Amicus Lab submitted challenging old methods of blood pattern analysis helped a Texas man win parole — on his eighth try — after he was convicted more than 30 years ago of murdering his wife.