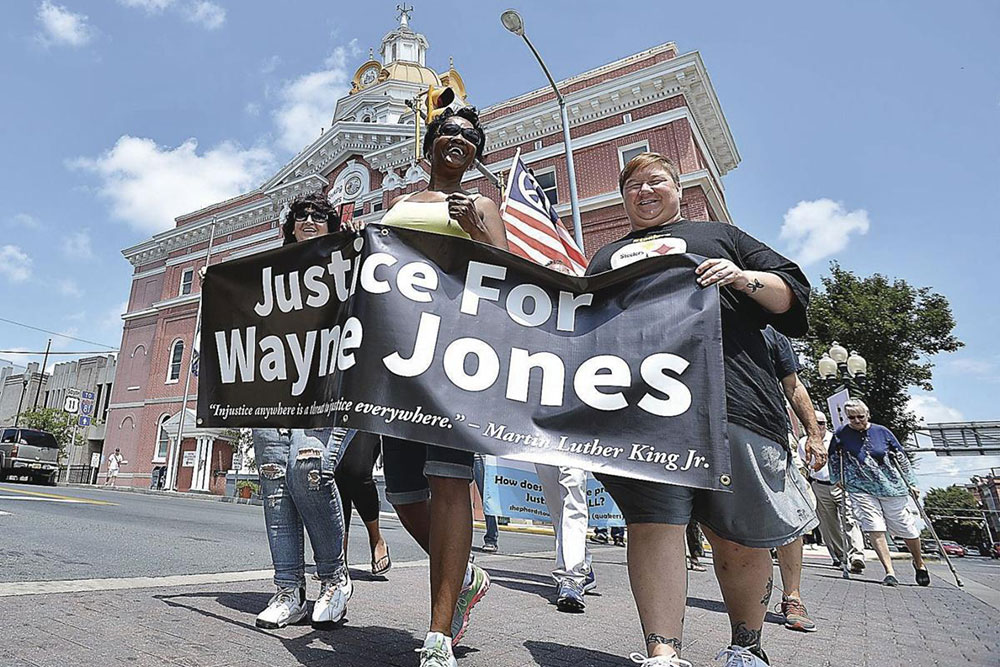 In Jones v. Martinsburg, the Fourth Circuit remanded a case that the trial court had dismissed on qualified immunity grounds, beginning with this overview:

“In 2013, Wayne Jones, a black man experiencing homelessness, was stopped by law enforcement in Martinsburg, West Virginia for walking alongside, rather than on, the sidewalk. By the end of this encounter, Jones would be dead. Armed only with a knife tucked into his sleeve, he was tased four times, hit in the brachial plexus, kicked, and placed in a choke hold. In his final moments, he lay on the ground between a stone wall and a wall of five police officers, who collectively fired 22 bullets.”

The Court of Appeals concluded, “we reverse the grant of summary judgment to the officers on qualified immunity grounds, as a reasonable jury could find that Jones was both secured and incapacitated in the final moments before his death.” The Court noted, “This has to stop” in a powerful passage:

Although we recognize that our police officers are often asked to make split- second decisions, we expect them to do so with respect for the dignity and worth of black lives. Before the ink dried on this opinion, the FBI opened an investigation into yet another death of a black man at the hands of police, this time George Floyd in Minneapolis. This has to stop. To award qualified immunity at the summary judgment stage in this case would signal absolute immunity for fear-based use of deadly force, which we cannot accept.

The longer description is also very powerful but also highlights just how serious the conduct must be – how “bright” a line must be crossed, for liability under Section 1983.  For example:

The encounter quickly escalated. Lehman called the MPD for backup and began to demand that Jones put his hands on the police car. Jones did not comply and instead tried to move away from Lehman. Lehman began to repeatedly shout, “Put your hands on the car.” Jones responded, “What are you trying to do?”; “What do you want?”; and “What did I do to you?” Lehman never answered Jones’s questions. Lehman then pulled out his taser and discharged it on Jones.”

And – “In the immediate aftermath on the scene, one or two of the shooting officers called for emergency medical services, but none of them rendered aid themselves. When searching Jones’s lifeless body, officers found a small fixed blade knife tucked into his right sleeve. After being told that state police were coming to investigate, officers can be heard saying that the incident would be a ‘cluster’ and that they were going to ‘have to gather some f**king story.’”

And – “By shooting an incapacitated, injured person who was not moving, and who was laying on his knife, the police officers crossed a “bright line” and can be held liable.”