Book Review – Lethal State: A History of the Death Penalty in North Carolina 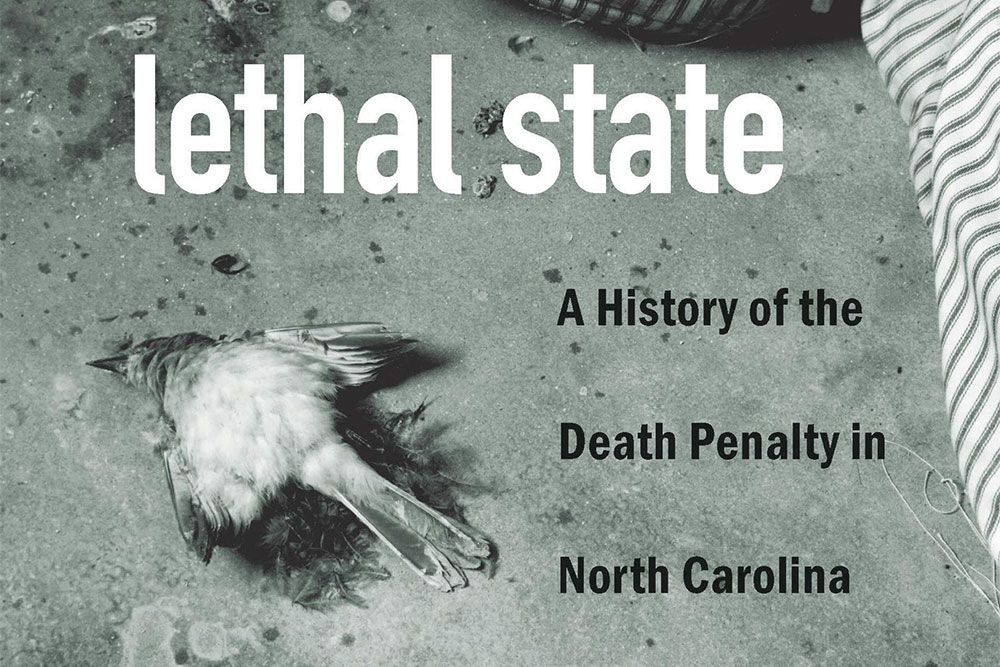 The following book review of Lethal State: A History of the Death Penalty in North Carolina by author Seth Kotch was written by Duke Center for Science and Justice Director Brandon Garrett and posted on the Rutgers Newark site.

It is important to understand how we got here – how the death penalty burned itself out once before – and how in the 1960s, many thought the death penalty in states like North Carolina had similarly run its course, only to be resurrected through populist tough-on-crime and race-laden rhetoric. Seth Kotch’s new book, lucid, readable, richly textured, and compelling, develops that history, focusing on punishment in North Carolina after the Civil War, through the 1970s.

During the post-Civil War time period, Kotch focuses on the interplay between lynchings and court-ordered death sentences, with lynchings taking the lead and the courts playing a backseat but symbiotic role. Kotch then describes the move towards the electric chair, set up at the State Penitentiary in Raleigh, and a consolidation of the death penalty system, with “lethal efficiency.” Kotch also describes a fascinating history of the Governor’s commutation power in North Carolina, including the demands on that role as the prison population increased, and the quite common use of commutation in the early Twentieth Century. The death penalty faded in the 1950s and 1960s, as Kotch describes, due in part at least to falling murder rates, more jury discretion, and changing public opinion after World War II. Kotch describes the roles that activists, artists, and researchers played in efforts opposing the death penalty in North Carolina.

That said, unjust outcomes in death penalty cases also drove reforms that improved criminal justice in North Carolina more broadly. An Office of Indigent Defense Services was finally created to support the public defense function in North Carolina. A new law relaxed the requirement that prosecutors seek the death penalty, and life without parole became available as an alternative. Other criminal procedure reforms included open file discovery, forensic crime lab reforms, police interrogation and eyewitness identification procedure reforms, and the creation of an Innocence Inquiry Commission to investigate and remedy wrongful convictions. Meanwhile, not only has the death penalty fallen significantly in public opinion polls, but in addition to concerns about wrongful convictions, cost has become an increasingly salient issue, with costs of capital trials and litigation running into the many millions.

Despite two decades of falling crime and murder rates, life without parole sentences have exploded in North Carolina, and in other states, including in many cases that never would have received such harsh sentences in the past. Thus, the fall of the death penalty has also been accompanied by a startling rise in life without parole, under strict sentencing statutes adopted in the mid-1990s. Nor has the momentum, driven in part by miscarriages of justice in death penalty cases, towards criminal justice reform continued in recent years in North Carolina. The halting response to COVID-19 in jails and prisons in the state is just the most recent example of how judges and elected leaders remain cautious about making anything but incremental reforms, even in the face of massive injustices.

Kotch notes, “[a]ny history of the death penalty is a history of failure.” The death penalty is a thing, the subject of many crucial sentences in the book, because the death penalty is one of those institutions that has a habit of failing upwards in American life, renewing its status and adapting to new political circumstances and coalitions. Many government programs continue through inertia, long after their failures become apparent. The ultimate costs of the failed death penalty experiment may never be known. Whether in North Carolina or elsewhere, it has finally reached, as I have put it, the end of its rope, remains to be seen.