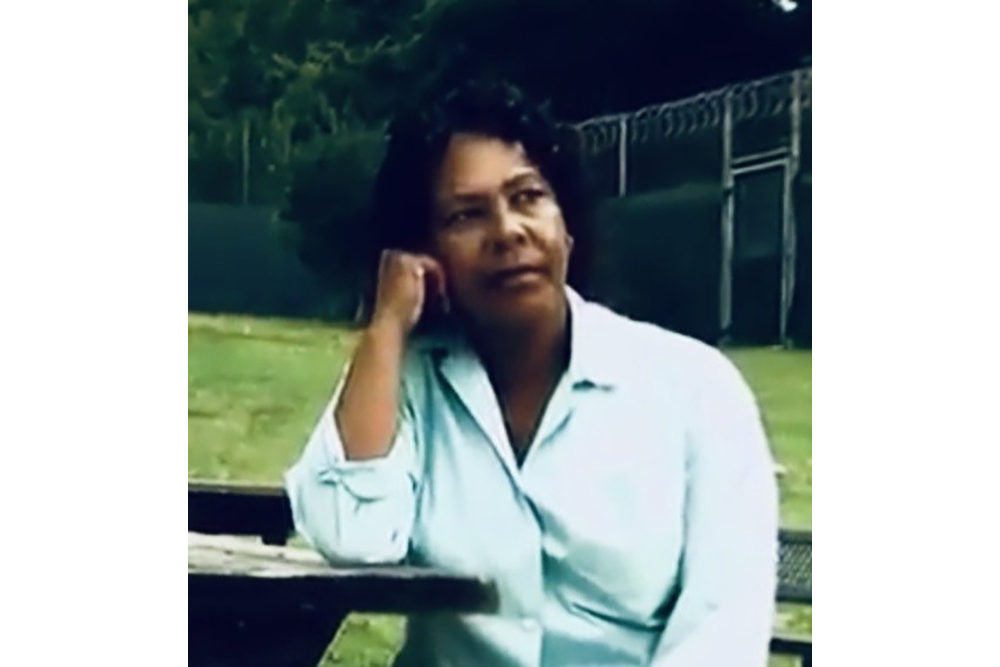 Ninety-eight people who are incarcerated in a federal prison in this country have died from COVID-19 in the past four months, and North Carolina is bearing the brunt of those losses with 25 deaths out of the Butner Federal Correctional Complex.

There have also been six deaths in state-run prisons in North Carolina. Save for a lawsuit that has forced more attention on COVID-19 in prisons, Gov. Roy Cooper has yet to address the matter in a meaningful way that would help those incarcerated to be able to take more precautions to protect themselves.

Lynn Burke bravely shared a story today in the Indy Week about her friend, Faye Brown, who died of coronavirus while incarcerated, to beg Cooper to do more. It’s a powerful account of how a woman has been dehumanized in the bigger narrative about COVID-19 because of her incarceration at a state prison, and about how her death could have been prevented. Give it a read.

From Burke via the Indy Week:

On May 6, 2020, my friend Faye Beatrice Brown died alone from the coronavirus while incarcerated at the N.C. Correctional Institution for Women in Raleigh. The public announcement of her death reflects the callous disregard with which prison officials—and ultimately, Governor Cooper—are treating incarcerated people during this pandemic.

As in all of the state’s announcements of the COVID-19 deaths of incarcerated people, Faye is referred to only as “an offender,” stripped of her personal identity, dignity, and humanity even in death.

But she was much more than “an offender” to me, her family, and many others who served time with her during 34 years of imprisonment. She deserved a second chance, as we all do, but she ran out of time. I want to make sure her story lives on and to prevent the deaths of others that remain in the same desperate prison conditions that took Faye’s life.

Many lives are at stake during the COVID-19 pandemic, including more than 30,000 people, most of them Black, confined in state prisons across North Carolina. More than four months into this public health crisis, prisons remain overpopulated, understaffed, and ill-equipped while COVID-19 becomes more entrenched in facilities across the state.

Medical professionals, advocates, and the affected individuals and families are calling for the early release of more people to protect those who remain incarcerated and work in prisons, but those calls continue to go mostly unheeded. The inadequate response of Governor Cooper and the Department of Public Safety (DPS) has likely contributed to preventable illnesses and deaths of incarcerated people.

This grotesque inaction in the face of an unprecedented public health crisis belies Governor Cooper’s tweet on May 31: “Let me be clear about one thing: People are more important than property. Black Lives do Matter.”

Let me share the story of a Black life that mattered dearly to me and should have mattered more to Governor Cooper and NCDPS officials.

Faye, the second of eight children, was born in Halifax County on March 18, 1953, to Otis Brown Sr. and Catherine Edmonds Brown. Faye grew up in Garysburg, North Carolina. Everyone who knew her understood that she was special and had a heart of gold.

Then Faye was transferred to an all-white high school. Her teachers discriminated against her, claiming she had too much pride. She stopped going to school and started hanging out with the wrong crowd.

On September 2, 1975, when Faye was 22 years old, she made a foolish mistake by robbing a bank with two others. Ten minutes later, a state trooper named Guy Thomas Davis Jr. was dead. Faye never saw freedom again.

Faye and I met more than 30 years ago at the Raleigh Correctional Center for Women, and over time we became friends. When Faye was not away on furlough at her family home in Garysburg, she and I would play cards or video games to pass the time.

Faye worked hard to educate herself while in prison. By age 44, she had earned a bachelor’s degree in business from Shaw University and a cosmetology license. Within a few months, she was helping other students at Sherrill’s University of Barber and Cosmetology.

In 2015, Faye applied for parole. I was able to advocate for her, but she was not allowed to speak in person. Several family members wrote letters of support. Faye’s sister Ola Davis stated, “Faye has changed from that teenager she was. … I really feel bad for the family of the state trooper that was killed, but Faye did not kill him. … Our family is hurting too.”

Ola said what we all knew: Faye Brown did not pull the trigger that killed Trooper Davis. She did willingly rob that bank, but she paid for that crime many times over. Unfortunately, her parole application was denied. I wished a miracle would come, but it never did.

Governor Cooper, if Black lives matter to you, then take swift action to make sure that what happened to Faye never happens again. First, exercise your clemency power to get people out of harm’s way. Second, mandate that DPS reduce overcrowding in prisons to allow for proper social distancing, implement a uniform safety plan that includes COVID-19 testing and personal protective equipment for all, and utilize alternatives to solitary confinement.

The moment is here, and I beg and pray that you meet it, Governor Cooper. You have the power to ensure no one in prison is sentenced to death by COVID-19.