North Carolinians to USCCR: More Has to be Done to Mitigate Impact of Court Fines, Fees 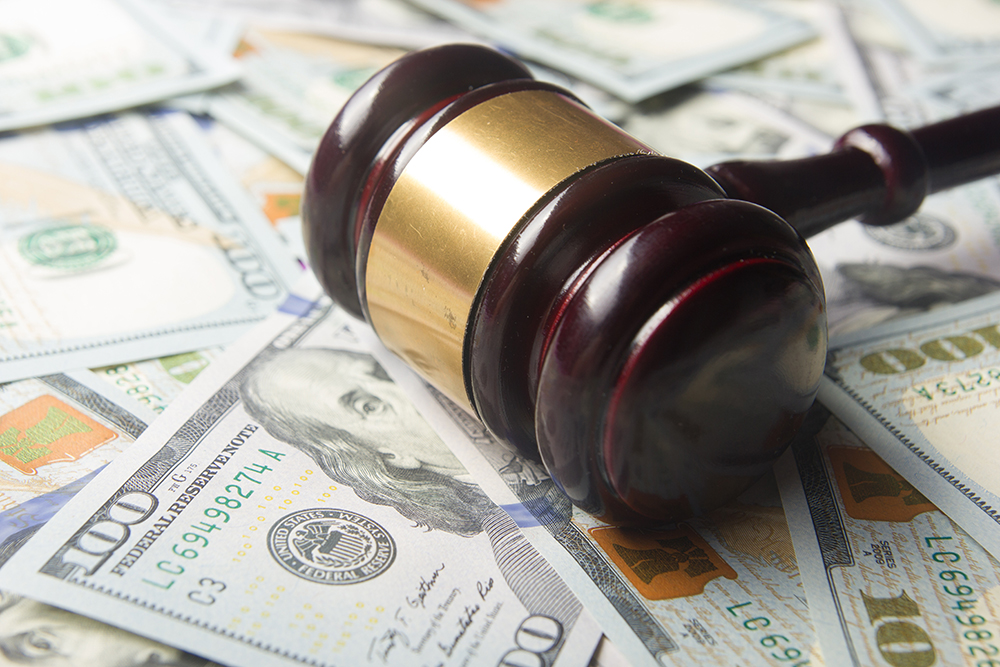 The Committee has been hosting public panels to hear testimony about post-conviction legal financial obligations in the state. They are considering the impact of those obligations on individuals on the basis of race, color, religion, sex, age, disability, and national origin. 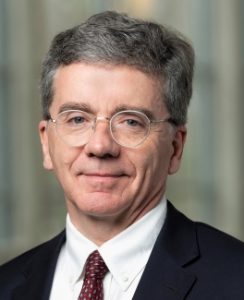 Duke Center for Science and Justice Executive Director Thomas Maher was part of Thursday’s panel. He spoke about the Center’s report analyzing data about the 1,225,000 active driver’s licenses suspensions in North Carolina for non-driving related reasons.

“Quite often, if people are unable to pay [financial obligations] initially, they’re never able to pay them,” he said. “At the time of the study, there were slightly over 650,000 people who had uncured failures to comply [charges], and our data showed that if you had not paid it within the first year, the likelihood of paying it was very low. People who are not paying it out of poverty are seldom able on their own to pay those, and so these can have long term consequences. … Keep in mind; it’s not just the people who fail to pay who have consequences; as you’ve heard, people have to make choices who do pay – people who have to pay cash bail or who are paying fines and fees are often making choices about what they’re going to spend the money on.”

The vast majority of unpaid financial obligations are coming from minor cases, like traffic cases, infractions and misdemeanors. Consequences also have a disproportionate impact on the Black community, Maher said. He made recommendations from the report, and said to reduce the impact on individuals in poverty, the Committee should make sure everyone has access to qualified lawyers and establish a robust and meaningful way to begin with of reviewing defendant’s ability to pay fines and fees.

“Many of these debts are uncollectible and still holding people back,” he said, adding that the indefinite suspension of driver’s licenses, in particular, was a counter-protective way to collect debts and should be eliminated or restricted.

“There are fees imposed at every step of the criminal process, largely against those who are least likely to be able to pay and on whose backs our court system is funded,” she said. “They essentially function as a tax on low-wealth residents of North Carolina. 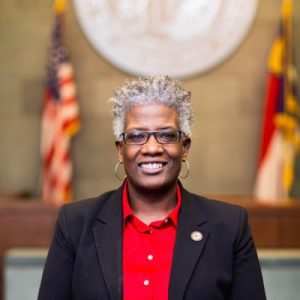 “In our state, these costs have ballooned in recent years. According to the North Carolina Poverty Research Fund, fees have grown by 400% over the past two decades. The number of fees has also grown over the same time period: from four to 45, according to the ACLU. These financial obligations can trap people in cycles of debt and court involvement that have a ripple effect on their families, particularly on their elders  –  their mothers, their grandmothers, their aunts and uncles. This can force people to choose between paying court debt or for basic necessities like rent and food and child care.”

In Durham County, Deberry said, through working with the DEAR Program and local judges, they have waived $1.5 million in fines and fees for over 6,000 individuals, which gives them the ability to get their driver’s license back. She also spoke about how fines and fees work, how they can become conditions of probation and burden people reentering their communities after prison.

“What is the prosecutor’s role in all of this? Here in Durham county we believe that the prosecutor is to be a minister of justice not a bill collector. We ask all our prosecutors – when negotiating with attorneys or people who have come to court, that they ask about their ability to pay, that as we fashion plea bargains to present to the court that those plea bargains take into account people’s financial and economic needs, that we take into account people’s driving records, their employment, what may happen to them if they are put on probation and can’t pay. It does not advance the cause of justice to put someone on probation so that they don’t go to prison only to have them go to prison a year later for failure to pay.

What recommendations would we make as prosecutors? We’d ask that any court before entering a judgement in any case that involves fines and fees inquire into the defendant’s ability to pay and make a judgment based on that particular individual’s ability to pay. (We’d recommend) that people are allowed time to pay without being placed on probation, that there be alternatives to monetary obligations, for example people could provide community service hours in which they do not have to pay a fee, they could be in court-approved treatment programs or they could enroll in education or jobs skills program. We would propose there not be any monetary obligations as a condition of probation and we ask the court that if there is restitution in a case that the court defer those cases until such time that restitution could be paid so that people aren’t required to make restitution as a condition of their probation.”

Anna Stearns, General Counsel and Chief of Staff to North Carolina Supreme Court Chief Justice Cheri Beasley, also gave a powerful personal account of how the burden of court fines and fees can spiral for people already struggling. She grew up poor in the mountains of eastern North Carolina and had two children by her 20th birthday without familial support or a safety net to lean on. 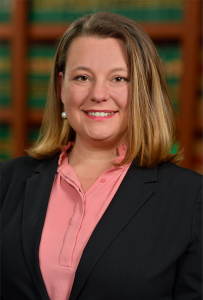 “As a young single mother, I was confronted with the difficult choices that are so familiar to anyone who has lived in poverty. Do I pay the power bill this month or the rent? Do I pay for day care or car insurance? There was never money for an unexpected expense of any kind. We often teetered on the edge of homelessness. Vehicle repairs, insurance and registration fall down the list of priorities pretty quickly when you’re facing homelessness and hunger. And so this became part of that playing monthly budgetary poker game: take the gamble this month that you won’t be caught with the expired tag because if you don’t pay the rent, the eviction notice is a given. Sometimes that gamble paid off and I was able to coast along long enough to scrape up the money to pay the registration or insurance before I was ticketed. Other times, I was not so lucky.

Each ticket came with a bill of cost that I obviously couldn’t afford. I was never once told that I could ask for those fees to be waived or reduced. I was never asked whether I would have trouble paying the cost or what I might have to forgo in order to pay them. When I was confronting those challenges, North Carolina’s district court costs were only $81. As you’ve heard today over the last two decades, those costs have more than doubled and dozens of new fees have been added. The state now relies on those funds so extensively that they’ve worked hard to discourage judges from waiving fines and fees, even when they know the person can’t afford to pay them.”

The Committee was interested in hearing more about how lawmakers discourage judges from waiving fines and fees, but Stearns said Beasley has stopped reporting that information until they can collect more context.

She also said this month, the Administrative Office of the Courts was prepared to release a new standardized petition for the waiver of legal financial obligations – the form will simplify a defendant’s ability to request that fines and fees be waived and will ensure that judges have the information they need to conduct the constitutionally required, meaningful determination about a defendant’s ability to pay their court debt.

She also plugged the ncfairchance.org website, where individuals with suspended driver’s licenses can check to see if they are eligible for release. Stearns said she is proud of the progress, but also acknowledged there was a long road ahead to make court fines and fees less burdensome for those in poverty.

The Committee’s next step will be to issue its findings and recommendations in an advisory memo to the USCCR.