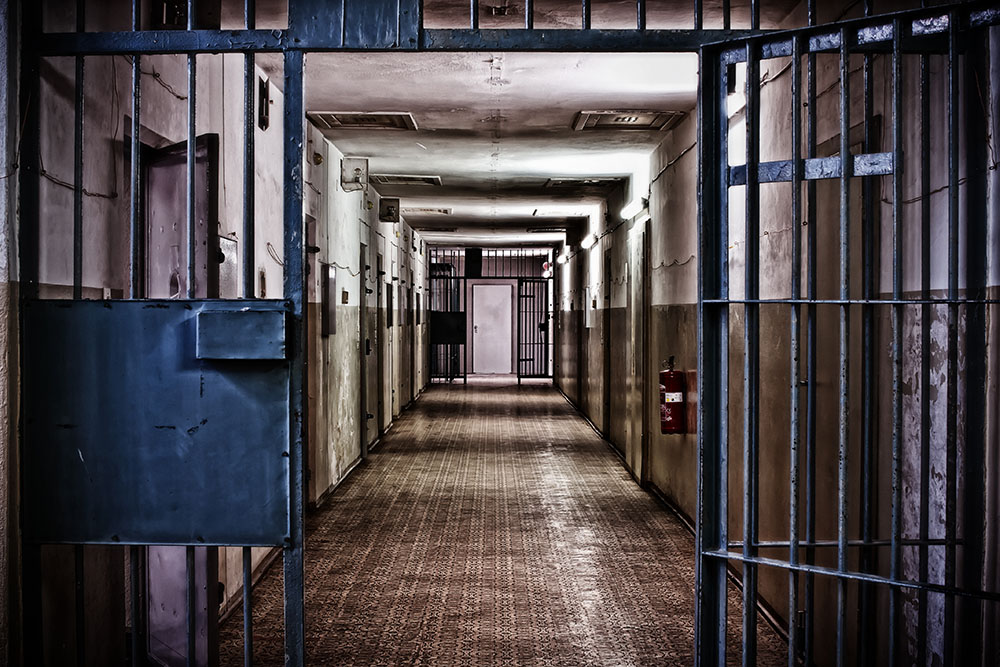 During a time in which homicide rates continue to fall, and death sentences plummet, life-without-parole (LWOP) sentencing persists at record levels.

Although research has examined drivers of incarceration generally, and death sentencing specifically, there has been little research on LWOP sentences, despite their growing prominence.

In a new, groundbreaking study, a team of researchers from the Wilson Center for Science and Justice at Duke Law examined the more than 1,627 cases in which LWOP was imposed from 1995 to 2017, in North Carolina. They analyzed crime, race, and sentence patterns by county.

“As we reconsider the role of racial injustice in our criminal legal system, we should look carefully at how we treat the most severely sentenced,” said Brandon Garrett, one of the authors of the report, Duke Law faculty and Director of the Wilson Center. “We should reform our sentencing laws and provide serious opportunities for ‘second look’ reconsideration of sentences for people in prison.”

Marcia Morey, a House Democrat at the North Carolina legislature who also serves on Gov. Roy Cooper’s Racial Equity in Criminal Justice Task Force, pointed to decades of structured sentencing in North Carolina resulting in profound racial inequities to those who have received life sentences.

“Data proves that people of color have been ordered to serve life sentences without the possibility of parole because of the color of their skin, not the crime that was committed,” she said of the Wilson Center’s report. “We must look at the data and ensure we have unbiased justice.”

The report also found that some counties simply impose far more LWOP sentences because they seem to prefer them as a matter of muscle memory over time. Counties that have imposed LWOP sentences in the past are more likely to continue to do so.

This empirical analysis of adult LWOP sentences suggests that even for a penalty that can be mandatory (for first-degree homicides) there are important variations in its imposition.

“Calibrating sentences for violent crimes, particularly homicides, is perhaps the hardest thing we do as prosecutors,” said Durham District Attorney Satana Deberry. “It involves balancing the wishes of the victim’s family, the best interests of our community, and our obligations as ministers of justice. Sentencing a person to spend the rest of his natural life in prison is extremely serious.

“This thought-provoking research illustrates the need for prosecutors to consider not only the strength of the evidence and the severity of the facts in deciding whether to impose this most severe of sentences, but also bias, fairness and equity.”

Re-examining the most extreme sentences next to death, which the Wilson Center is recommending, benefits everyone involved.

“Garrett and colleagues’ study of North Carolina sentencing data is a groundbreaking look at the puzzling rise in life-without-parole sentences amid a decline in serious crime as well as reliance on the death penalty,” said Ashley Nellis, senior research analyst at The Sentencing Project. “This first-ever look at LWOP sentences at the county level reveals the importance of prosecutorial decision making and other county-level influences in driving the use of LWOP.”

Take the case of Clive Hurst, a 45-year-old serving a life without parole sentence at Nash Correctional Institution. He was sentenced when he was 20 years old under the felony murder statute for being present in a robbery turned murder.

His attorney, Ben Finholt, of Prisoner Legal Services, said Hurst was convicted based on hearsay testimony from someone who they later learned was paid $10,000 by the Durham Police and gave evidence against Darryl Howard in another case. Howard turned out to be innocent.

“Clive didn’t shoot anybody,” Finholt said. “He got LWOP for being involved with the wrong folks and making bad decisions when he was 19. These bad decisions didn’t amount to killing anyone, and then that’s just it, sorry, you’re gone.’ We are going to lock you up, throw away the key, forget about you. And we don’t care anymore. Die in prison – nobody cares. That is just nonsense to me.”

Hurst never believed he was beyond rehabilitation and has worked hard in prison to better himself, despite facing a lifetime in prison. Finholt said not all people sentenced to LWOP have that same mindset and instead can cause a lot of problems for prisons, particularly because their sentence is so extreme.

“The Bible has been a big part of me just surviving day to day, you know, because I believe that my life is bigger than just the things I do in life,” Hurst said. “You know, I believe our purpose, and my main goal, is to live according to God’s plan, no matter what. …  But there have been times of hopelessness.”

Read the full report below.