Student Post: Winston-Salem Police Should Adopt Reform to Exhaust All Alternatives Before Shooting 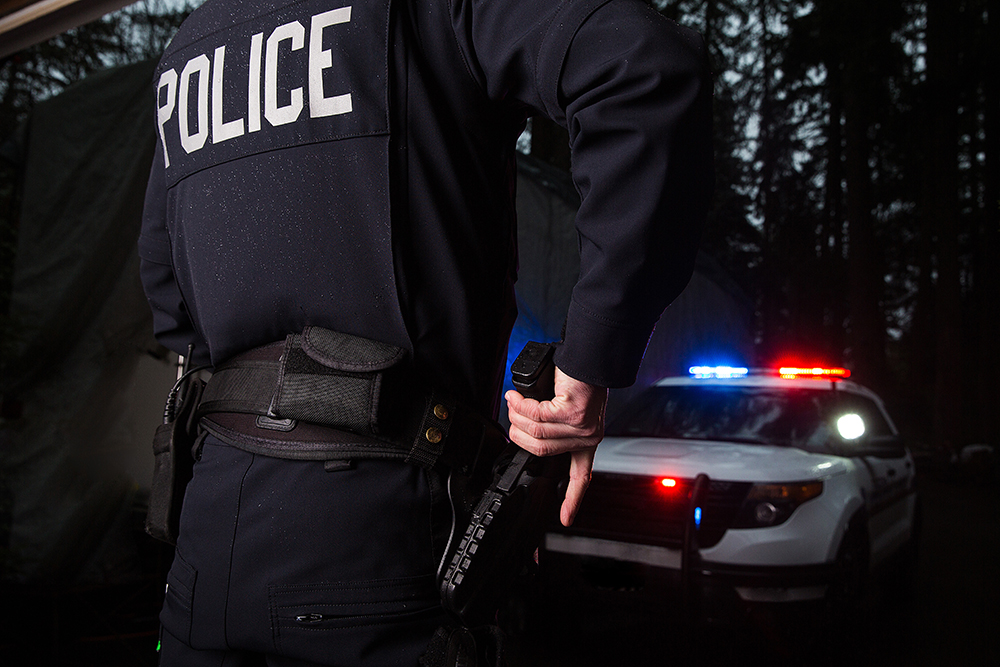 In 2014, the fatal shooting of Michael Brown started a national conversation surrounding police use of deadly force. “Hands up don’t shoot” became a rallying cry for police reform activists. The tragic death of George Floyd and fatal shooting of Breonna Taylor earlier this year has once again placed issues of when police choose to use lethal force and who they use it on back into the spotlight.

In light of this, Winston-Salem’s Public Safety Committee passed a resolution on June 8th in support of various reforms to police practices. These reforms colloquially known as “8 Can’t Wait,” are a series of guidelines designed to improve police accountability and reduce excessive use of force. Specifically, these eight reforms include requiring police to de-escalate situations; banning the use of choke holds; requiring officers to intervene and stop instances of excessive force; banning officers from shooting at moving vehicles; warning suspects before shooting; developing a use of force continuum; requiring officers to exhaust all options before shooting; and mandating comprehensive reporting of situations where force is used.

While the language may be slightly different, the Winston-Salem police department subsequently adopted, in some form, most of the “8 can’t wait” reforms. For instance, the department has banned the use of chokeholds and strangleholds, required officers to warn suspects before shooting their firearms, strongly discouraged shooting at moving vehicles and required reporting of instances where force is used. The only major difference is that the department does not currently require officers to exhaust all alternatives before shooting.

Data and testimonials from police departments that have adopted the reform demonstrate a significant reduction in police killings, suggesting that Winston-Salem should follow suit.

Currently, Winston-Salem’s police use of force guidelines permit the use of deadly force in two scenarios. The first is to defend the officer or a third party from the imminent use of deadly or force. The second is to prevent the escape of a suspect who the officer reasonably believes is “attempting to escape by means of a deadly weapon” or may otherwise present an imminent threat of death to others unless apprehended. The department does not otherwise restrict the use of deadly force if it is pursuant to one of the above justifications.

While the department has a use of force continuum, which provides guidelines as to how much force may be used in various situations, the department has expressed concern with adopting language requiring officers to exhaust all alternatives before using deadly force. They have argued that there are situations where it may not be prudent to use non-lethal types of force, even if it they may theoretically be effective in subduing a suspect. One interesting example of this can be seen in the department’s policy on discharging firearms at a moving vehicle. While non-lethal methods of stopping a moving vehicle exist, such as the deployment of spike strips, there could be instances where shooting at a moving vehicle is necessary to prevent bodily injury to the officer or others.

However, the language that officers are trained to follow makes a meaningful difference in how they respond to dangerous situations. According to Jim Palmer, the executive director of the Wisconsin Professional Police Association, officers who are forced to use deadly force often report that their training takes over when in a high-stakes situation. This highlights the need to train officers in a variety of non-lethal methods of subduing suspects before resorting to their guns. It is important that officers are encouraged to actually exhaust all other options rather than simply hypothesizing that deadly force would be the only effective option.

Empirically, there is a lack of quantitative research on the efficacy of mandating that officers exhaust all alternatives. One 2020 study by Robin S. Engel, Hannah D. McManus and Tamara D. Herold examined the existing literature on the efficacy of a similar reform, de-escalation training for police. The study concluded that even though there is a lack of evidence regarding the effectiveness of de-escalation training, the researchers remain confident that de-escalation provides officers with a valuable tool for responding to incidents of crisis or violence.

One would expect that mandating exhaustion of alternatives, a policy that indirectly encourages the use of non-violent strategies like desecration would be similarly helpful. As a final note, one should not discount the fact that exhaustion of alternatives is a popular reform that has already been implemented by a variety of police departments. Philadelphia implemented this reform several years ago, at the recommendation of the Department of Justice. Similarly, the California Department of Justice made the same recommendation for their police departments.