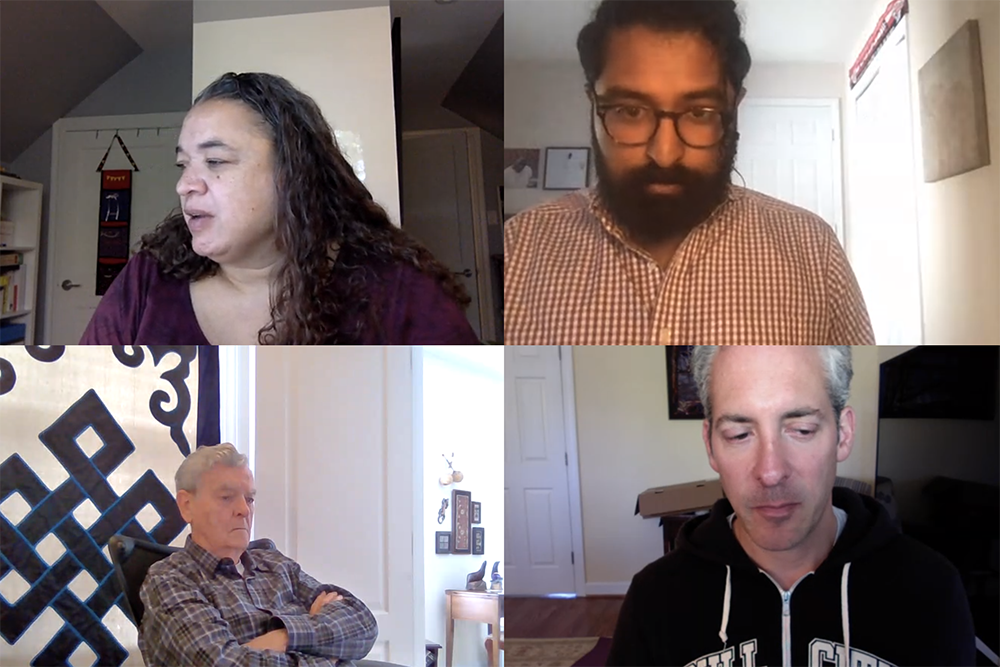 Researchers from the Wilson Center for Science and Justice have been scraping jail data in Durham in an effort to analyze pretrial policies and practices concerning the use of cash bail.

Krishnamurthy presented the findings last week to the North Carolina Bail Bonds Reform Working Group. He said that Durham presented a unique case study because the judges and prosecutors each adopted different new bail policies, reflecting a shift in the pretrial detention framework.

The authors found that after these policy changes, there was a marked decline in the jail population. The use of unsecured bonds went up and the mean bail amounts fell.

These patterns were gradual, though, so they cannot clearly be attributed to either the prosecutor’s or the judges’ new policies. Ultimately though, the scraped data can only say so much – Krishnamurthy told the working group they need better and more transparent jail data to evaluate policy impacts. Unfortunately, in many jurisdictions, the public cannot easily evaluate the pretrial decisions of judges, prosecutors, defense lawyers, and others.

From the paper’s abstract:

“Across the country, pretrial policies and practices concerning the use of cash bail are in flux, but it is not readily possible for members of the public to assess whether or how those changes in policy and practice are affecting outcomes. A range of actors affect the jail population, including: law enforcement who make arrest decisions, magistrates and judges who rule at hearings on pretrial conditions and may modify such conditions, prosecutors and defense lawyers who litigate at hearings, pretrial-service providers who assist in evaluation and supervision of persons detained pretrial, and the custodian of the jail who supervises facilities. In the following Essay, we present the results of a case study in Durham, North Carolina. We began this project in the fall of 2018 by scraping data portraying daily pretrial conditions set for individuals in the Durham County Jail. The data was scraped from the Durham County Sheriff’s Inmate Population Search website and details the individual’s name, charges, bond type, bond amount, court docket number and time served. Scraping was initiated on September 1, 2018, and continues to the present. Beginning in early 2019, the judges and prosecutors in Durham, North Carolina, adopted new bail policies, reflecting a shift in the pretrial detention framework. This Essay provides a firsthand look into the pretrial detention data following these substantive policy changes. Our observations serve as a reflection on how the changes in Durham reflect broader pretrial detention reform efforts. First, we observe that a dramatic decline in the jail population followed the adoption of these policy changes. Second, we find that the policy changes corresponded with changes in aggregate conditions imposed pretrial. We describe, however, why public data that simply reports initial pre-trial conditions cannot answer additional questions concerning the jail population or outcomes for the released population. Nor can this data fully answer questions concerning which actors can be credited with the observed changes. During a time in which jail populations are a subject of pressing public concern, we have inadequate information, even in jurisdictions with public jail websites, to assess policy. We conclude by discussing the implications of data limitations for efforts to reorient bail policy.“

Read the paper on SSRN here.