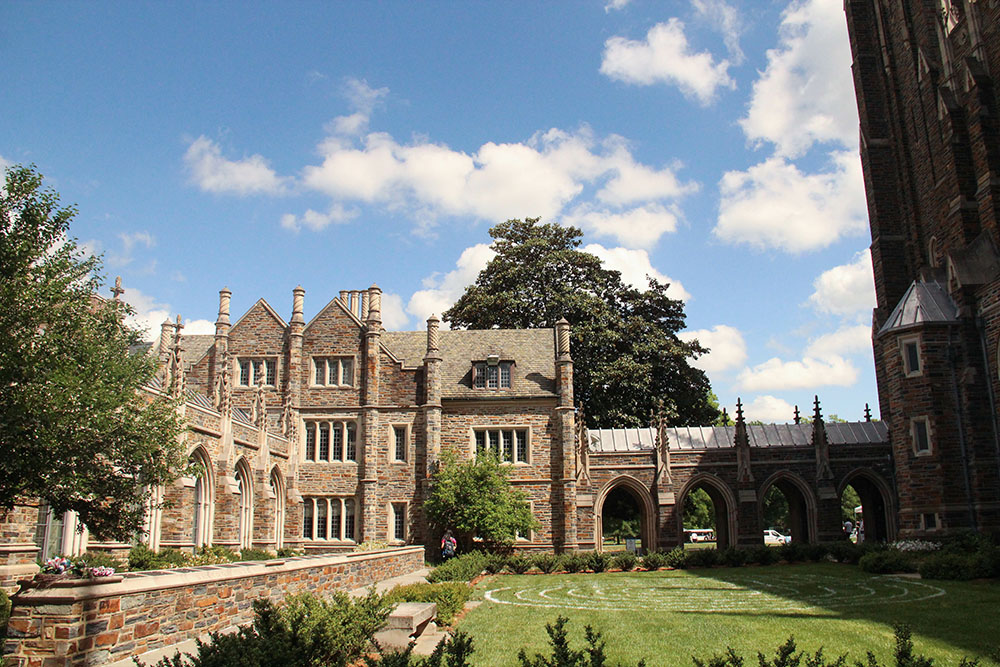 Every year, Duke University offers the opportunity for undergraduate and graduate students to participate in Bass Connections, year-long research projects spanning a variety of topics. These students work as a team alongside faculty with a common end goal, which is dependent on the project.

This year, there are two projects that individuals affiliated with the Wilson Center are involved in: the first is “Mental Health and the Justice System in Durham County,” and the second is “Harnessing Data from North Carolina’s Jails to Inform Effective Policies.”

The first project, “Mental Health and the Justice System in Durham County,” investigates and seeks to understand recidivism and healthcare utilization among people with mental illness or substance use disorders who have been released from jail. In recent years, Durham County has participated in two initiatives, the formation of the Crisis Intervention Team and the Stepping Up Initiative, aimed at helping individuals with mental illness or substance use disorders avoid jail time, connecting them with the help they need, and reducing re-arrest rates for affected individuals.

The team, headed by Nicole Schramm-Sapyta, a faculty member of the Duke Institute for Brain Sciences, and Maria Tackett, a faculty member in the department of Statistical Science, will analyze data from the Durham County Detention Center and health information from Duke’s Analytics Center for Excellence. Using these sets of data will allow the team to determine how many individuals are booked in the detention facility and how many of those are seen by the Duke Health System; the main objective is to observe rearrest patterns.

Tackett said at the beginning of the project, the team read the book Misdemeanorland together and participated in thoughtful discussions. The book focuses on the impact of a policing initiative that took place in the 1990s and follows the fates of hundreds of thousands of individuals who went to trial for misdemeanor chargers.

Despite the book being set in a different location, the overall theme was relevant to what this project studies and helped members to understand further how affected individuals, like those in the data set, interact with the criminal legal system. This was an important first step and set the tone for the project moving forward.

In discussing the project with various team members, one recurring theme was the outstanding teamwork despite some challenging circumstances. Although all meetings have taken place over Zoom, the team was still able to foster a sense of community aided by uniting over a common goal.

Everyone on the team is passionate about the research they are conducting and feels strongly that the findings they uncover can be used to help individuals who may not be getting the assistance they need.

“Across the country, people with serious mental illness or drug dependence can get stuck in a cycle of breaking the law, being detained, prosecuted, etc,” said Michele Easter, a Wilson Center affiliate who is consulting on the project. “These cycles can be broken, but not without understanding what people need and how to help them.”

That encompasses exactly why this project is an important one to conduct: so information about the effectiveness of Durham’s recent initiatives can be uncovered and suggestions of improvements to current policies can be made. This will result in the overall betterment of affected individuals’ lives.

Since the project started in the summer, there has been substantial progress made. Schramm-Sapyta, a team leader, spoke about some preliminary findings that are in the process of awaiting publication. First, she said, they “found that Durham’s population that is involved with the criminal justice system uses the Duke Emergency Department at a high rate; that the rates of mental illness in the jail basically reflect rates in the general population, but that there is a higher incidence of schizophrenia in this population.”

The second finding is that, “drug use seems to drive re-arrest more than mental illness alone.” Both of these findings have major implications for evaluating the effectiveness of policies and revising them, if necessary.

The second project, “Harnessing Data from North Carolina’s Jails to Inform Effective Policies,” investigates something slightly different but of equal importance. It is aimed at investigating whether a statewide database that documents all incarcerated individuals is possible in North Carolina and what potential benefits establishing one would have. Currently, a substantial portion of incarcerated individuals in North Carolina are in one of the state’s 96 local jails. This makes it tedious to collect data from each of the jails in order to make a statewide database.

While this may seem like a minor issue at first glance, not having a statewide database accessible has key implications.

Statewide databases that are analyzed and made public allow states to identify trends and inform the formation of new policies where they are necessary. This means that if one factor was found to be a primary driver in incarceration rates, new policies could be implemented to reduce that factor. Not having one in North Carolina makes it extremely difficult to identify factors as driving forces and hence, make new policies, when there is little, scattered data on a third of the incarcerated population.

Albert Sun, one of the undergraduate students working on the project, said the team split up into two groups: one to focus on the qualitative aspects; and the other to focus on the quantitative aspects of the data. He said splitting into two groups embodied the interdisciplinary nature that the Wilson Center for Justice and Bass Connections strive for. Considering himself to be more of a quantitative person, since he generally takes classes that are more math and data-based, he explained that this project is the first time at Duke he has “been able to work with a group so passionate about combining quantitative and qualitative fields in the pursuit of criminal justice reform.”

Catherine Grodensky, one of the team leaders, gave more insight into the group dynamics and tasks, stating that the qualitative team has mainly focused on interviewing stakeholders and researchers about their use and need for data, after receiving approval from the Institutional Review Board for research. The quantitative team has primarily worked on analyzing jail datasets.

Although the teams work fairly independently from one another, there are still weekly meetings where they update one another on their work. The binary team structure has allowed individuals to contribute to the areas they are strongest in while coming together to make a strong case for implementing a statewide database.

Both Sun and Grodensky stressed the effect the Coronavirus Pandemic has had on the importance of the research they are conducting.

“We hope that what we’re learning will be especially compelling for North Carolina policymakers and relevant to the management of future crises impacting jail populations,” Grodensky said.

With a statewide database, the identification of problems and implementation of policies would be more simple and effective. They hope that with the work they are doing, they can influence policymakers to devote resources to this effort, given the benefits they plan to uncover, and give insights into how a statewide database could be constructed.

While there have not been significant findings yet, the team expects to uncover some in the next few months. With the construction of a statewide database, there can be policies implemented to mitigate problem areas. These policies can serve to better the experience of incarcerated individuals, aid jails with budgets, and help the overall community in North Carolina as a whole.

Alexi DeLara is an undergraduate student at Duke University working this semester with the Wilson Center for Science and Justice.