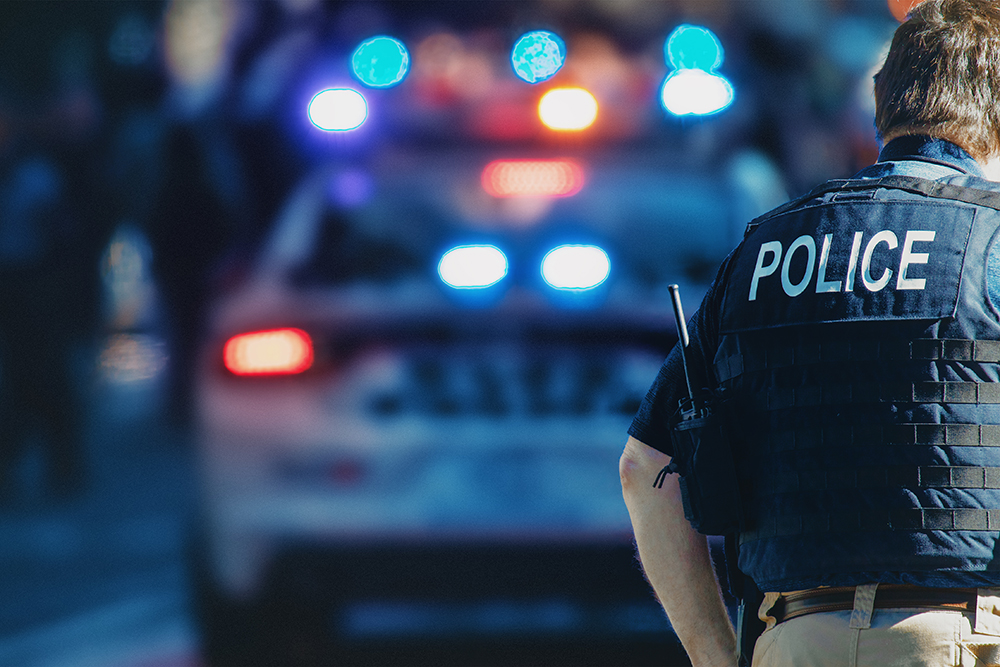 “Wandering officers,” a term coined by Ben Grunwald of Duke University School of Law and John Rappaport of the University of Chicago School of Law, are police officers who were fired by one department, often for something serious, but who later found work in another police department. There had been a significant absence of any relevant data analyzing the extent to which wandering officers represent a problem. In a recent article by Grunwald and Rappaport, published in the Yale Law Journal, they conducted the first comprehensive investigation of the prevalence of wandering officers.

“Criminologists have known about wandering officers for a long time, but it’s been hard to study them systematically because you need employment data on a ton of agencies, covering a big geographic area, over a long period of time,” Grunwald explained.

Given the decentralized nature of American policing, creating such a dataset has real challenges. The authors obtained a novel dataset, collected by the Florida Department of Law Enforcement, with information on every reported hiring and termination in 500 law enforcement agencies in Florida going back over 30 years. The study examined over 98,000 full-time law enforcement officers employed by 500 different agencies over 30 years in Florida.

Grunwald and Rappaport were able to, for the first time, quantify and explain how pervasive this problem of “wandering officers” is. These data led to three overarching conclusions:

Even when police agencies are potentially aware of the risks associated with hiring wandering officers, many still do so. The authors suggest that reasons for this phenomenon may be a failure to identify them, a lack of alternatives, a perception that “cowboy” veteran cops may be able to work the toughest cases, a sense that officers deserve “second chances,” and qualified immunity from civil suits for problematic police officers under the law.

Grunwald and Rappaport examined officers rehired in Florida, but had no data regarding officers who found work out of state after a firing in Florida. Some local departments do not do their own background checks or report all misconduct information. Additionally, most Florida agencies allow officers under investigation for misconduct to resign freely, making it hard to separate legitimate resignations from sham resignations. Despite these limitations, the study reveals more about the wandering officer dilemma than any prior study has in the past.

In the wake of George Floyd’s murder in Minneapolis, several prominent activists are looking to Grunwald and Rappaport’s work as a pathway for the future. According to The Guardian, several civil rights activists have started to push for a broad-based and public database that tracks all officers’ past wrongdoings, just like one can for a doctor.  Numerous news outlets reported on the research, and their suggested reforms are being considered in numerous localities, including in Oregon, which created a public database concerning officer certification, suspension or revocation due to misconduct.

Some though, have highlighted drawbacks to such a database. According to an article in The Philadelphia Tribuneregarding a Pennsylvania police database, Grunwald indicated that such a database will only be successful in regard to the data it holds. He calls for “accountability mechanisms” to ensure total database accuracy. Other states are following suit, like New Jersey and Oregon, the latter of which is being driven by efforts from Senator Jeff Merkley, D-OR. The Wandering Officers report was instrumental in providing the data needed to prove the relevance of such a national database.

In addition to building better tracking databases to provide more accurate information about wandering officers; Grunwald and Rappaport point to other reforms, including enhancing officer monitoring; creating a better pool of candidates so departments do not have to settle for those with worse qualifications; and improving transparency and accountability among the departments.

There is still more to learn about the phenomenon of wandering officers. Officers who engage in misconduct may affect the integrity of other officers or the culture of specific departments. Further research is needed to examine wandering officers, why agencies continue to hire them, and what effects these hirings have. Perhaps transparency and tracking oriented reforms will make it possible to better understand the extent of the police misconduct problem, for both officers that remain at an agency and for wandering officers.

Sydney Gaviser is an undergraduate student at Duke University working this semester with the Wilson Center for Science and Justice.