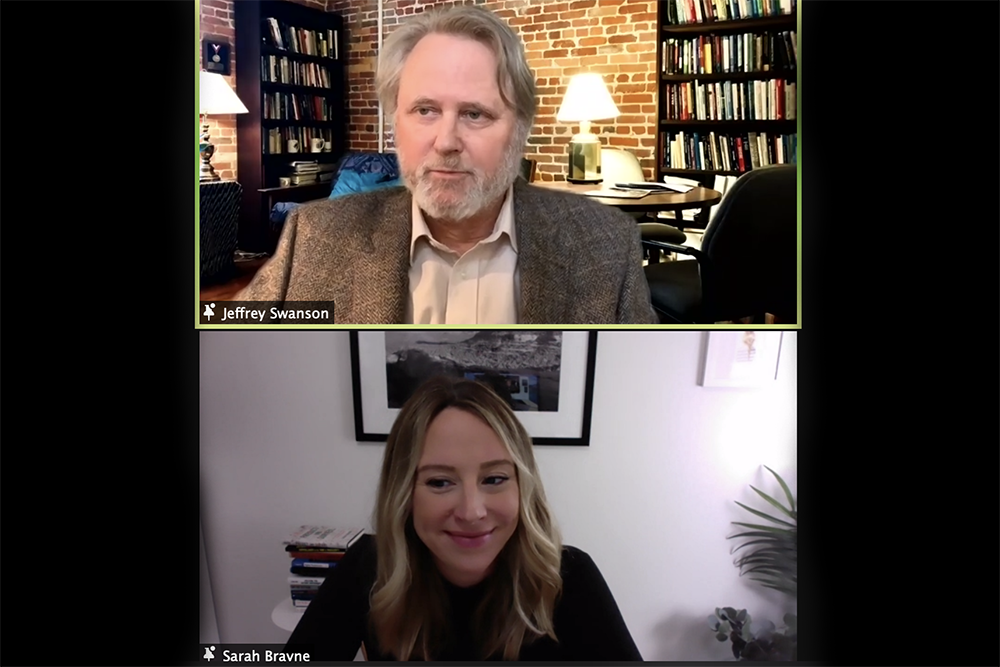 The Wilson Center welcomed Sarah Brayne, Assistant Professor of Sociology at the University of Texas at Austin, for the first installment of the Novel Justice series, which invites recently published criminal justice authors to present their work and discuss their findings.

Brayne’s book, Predict and Surveil: Data, Discretion and the Future of Policing, is the culmination of her research with the Los Angeles Police Department. Her work explores the rise of big data and the implications of its use starting with the question of how law enforcement uses predictive analytics and diagnostic technologies.

Brayne explained during the Jan. 26 event that although the “state has long been using data to govern,” the current growth of criminal surveillance is historically and internationally unprecedented. Between 2013 and 2018, Brayne conducted extensive fieldwork, including interviews with police and department heads, ride-along observations, and more data collection methods.

To understand her results, Brayne provided an overview of the types of surveillance and their consequences, using the Gotham application created by Palantir as an example.

Gotham offers access to non-police gathered information on people. Using a program such as Gotham, a police department would be able to maintain a person-based predictive surveillance initiative. In this method, a point system assesses a person’s risk, using instances of police contact, past charges and arrests, and other information to calculate a score. Officers on duty are given a chronic offender bulletin with the highest scoring people, and they can make contact and observe them. This creates a feedback loop to the point of decoupling the risk assessment from the committing of actual crimes.

Brayne went on to explain at the book event several consequences big data has on inequality, mainly that the use of such surveillance systems obscures and amplifies inequality within policing and criminal justice. For example, those who are even remotely linked to people under suspicion can become a part of a secondary surveillance network.

Her book also explores the reception of surveillance algorithms. Although police believe in a “if you have nothing to hide then you have nothing to worry about” mindset with regards to civilians, this is abandoned when these same algorithms are used to surveil police. They see this surveillance as a threat to their autonomy, an infringement of managerial control, and a deskilling of the job. For example, when Brayne asked why they manually entered their locations when arriving on a scene, the police explained that although all squad cars had automatic location tracking, they had turned it off.

In answering questions from moderator Dr. Jeffrey Swanson, a member of the Wilson Center’s Behavioral Health Core, and from the audience, Brayne reinforced the necessity of transparency. She emphasized that no external research has been done on the efficacy of these surveillance systems because that data is only available to police and the tech companies designing the algorithms. The belief that police can police themselves is faulty, Brayne explained, and there is an urgent need to front end mechanisms of accountability and control of the use of these surveillance tools.

Lastly, Brayne remarked that the Los Angeles Police Department is more transparent than other agencies. The smaller, less funded departments across the United States look up to the LAPD as a model for how to surveil. However, there is no empirical data to support these practices. Transparency is the first and most crucial step in further understanding and creating solutions to these issues.

Sarah Brayne’s book can be purchased through Oxford University Press, https://bit.ly/PredictandSurveil. Use code BRAYNE20 for a special 20% discount.