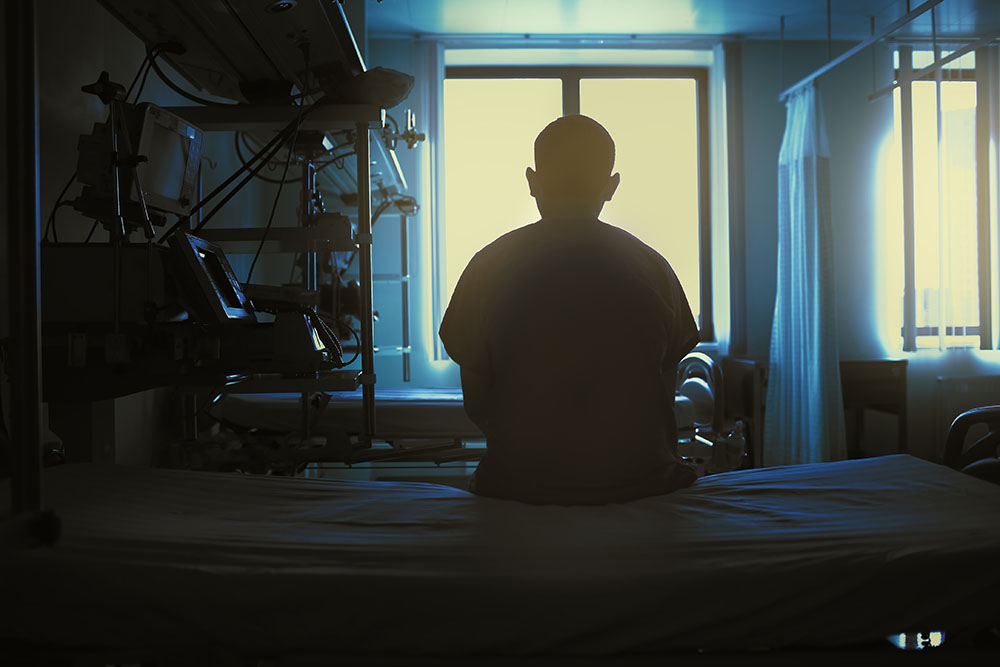 People with severe mental illness, such as bipolar disorder and schizophrenia, can experience crisis in which they are unable to make competent decisions and by themselves cannot give consent to treatment. As a result, they may be involuntary committed to psychiatric facilities. Whether it is because of security and safety, for convenience, or the only way to have access to a public hospital, we have become too reliant on involuntary commitment.

“We are grossly over reliant on involuntary commitment” said Dr. Marvin Swartz, lead author of the recent paper “Implementing Psychiatric Advance Directives: The Transmitter and Receiver Problem and the Neglected Right to Be Deemed Incapable.”

Adults affected by serious mental health conditions typically regain clarity and insight into their illness, and it is during these periods when arrangements can be made to plan for subsequent crisis and preserve their control over treatment. A psychiatric advance directive (PAD) is a legal document in which a patient outlines their wishes for the future should they be unable to make treatment decisions.

Swartz and other researchers from the Wilson Center Behavioral Health Core, Jeffrey Swanson, Michele Easter and Allison Robertson, seek to develop a framework to understand the barriers to implementing PADs that need to be addressed at the patient care and system levels.

PADs act as a remote communication tool between patients and physicians to improve the quality of care over time and long-term outcomes for people with serious mental illnesses. However, in practice they are not used as designed. On one end, creating a PAD requires legal knowledge, a witness, notarization, and an immense amount of trust in a health care proxy. Many people with mental illness do not have access to these, especially regarding legal advice. Research done several years ago by the same group showed that between 66% and 75% of people surveyed expressed interest in obtaining a PAD, but only 4-5% actually had one.

To address this issue, Swartz et al have partnered with the National Alliance on Mental Illness and peer support specialists to develop a network or base community of volunteers to provide patients with the resources necessary to establish PADs.

On the other end of implementing PADs lies the receiver issue. Swartz et al discuss the lack of training or system to consult PADs during crises. Clinicians need to be trained to first assess patients’ capacity for decision making, and second to actually refer to the PAD in establishing a treatment plan.

“Providers are pretty lax about assessing for capacity,” Swartz explained. The convenience of taking patients’ consent when they agree with the recommended treatment often trumps establishing capacity.

Clinicians also pushback against implementing the use of PADs by arguing the futility of searching for them when so few patients actually have them. Some physicians argue that the majority of people with serious mental illness do not experience a period of clarity and insight needed to draft PADs. This is a valid concern; however, this should not limit the push for optimizing tools to treat mental illness.

Along these lines, Swartz emphasized the goal of this research is not to break down all of the barriers to implementing PADs; it is to more systematically organize thinking about implementing PADs. This paper presented by Swartz et al is meant as the first step in doing so.

Through public awareness, clinician training, advocacy work, and institutional-level change, critically or terminally ill patients are more routinely using end-of-life advance directives. In creating these legal documents, people have maintained autonomy over their care as they approach the end of their lives. Psychiatric advance directives provide mentally ill patients with similar control over their care. The systems and frameworks are there, yet many barriers still exist.

The trauma that people with serious mental illnesses experience when having their choice and control stripped, both during involuntary commitment and during periods of limited decision-making capacity, is a huge hinderance to getting the best care possible.

The abstract for “Implementing Psychiatric Advance Directives: The Transmitter and Receiver Problem and the Neglect to Be Deemed Incapable” can be found below. Authors include Marvin S. Swartz, M.D., Jeffrey W. Swanson, Ph.D., Michele M. Easter, Ph.D., and Allison G. Robertson, Ph.D., M.P.H.

Psychiatric advance directives (PADs) can help adults with serious mental illnesses preserve their autonomy and avoid involuntary interventions during an incapacitating mental health crisis. A PAD is a legal document prepared while mentally competent and states the person’s treatment preferences to be implemented during a future crisis, ideally with the advocacy of an authorized proxy decision maker. PADs have been available in the United States for more than three decades but have yet to be robustly implemented in practice. This Open Forum describes PADs metaphorically as a device for remote communication among the person with mental illness, a proxy decision maker, and health care providers. Barriers to PAD usage occur on both “transmitter” and “receiver” sides and must be addressed to advance PAD implementation.