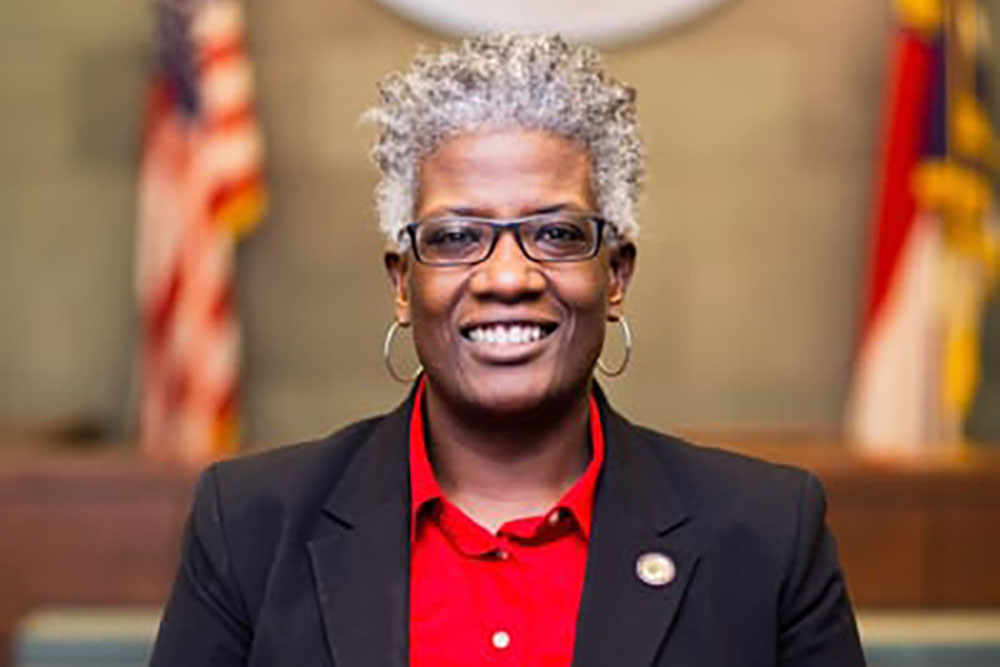 The Durham District Attorney’s office released its 2020 Annual Report on February 18th, demonstrating the incredible work being done on several fronts. From advancing racial equity in the criminal legal system to adapting to socially distant courtrooms, this report highlights internal and external partnerships, including with the Wilson Center for Science and Justice.

“Despite the pandemic, open, efficient, and public courts are a centerpiece of any democratic society,” said District Attorney Satana Deberry in the opening message of the report. “Justice delayed is justice denied.”

At the onset of the coronavirus pandemic, court officials took steps to reduce the traffic in courthouses while maintain the most important functions. Cases involving victims and violence were prioritized to keep them on track toward resolutions. Traffic cases were resolved outside of court in an effort to prevent overwhelming the busiest courtrooms.

To mitigate the spread of COVID-19 among incarcerated populations and staff, many people were released to await trial. The daily population in the Durham County Detention Facility operated at 40% capacity, on average. Further, the DA’s Office released 18 individuals from state prisons, and remarkably, DA Deberry was the first in North Carolina to agree to this kind of relief.

The Wilson Center has worked with the Durham DA’s Office to examine plea arrangements, in order to track them, study them, and ultimately, to generate accountability in the Office’s practices.  That data collection and analyses is ongoing.

The Wilson Center also researched the impact of the 2019 pretrial release policies and found the changes reduced average bail amounts and the use of high bonds for nonviolent offenses. There was also no indication of an increase in cases involving failures to appear in court or in daily arrests. That research was recently published as an article in the Wake Forest Law Review.

The DA’s Office showed its commitment to addressing cold case sexual assaults; through a collaboration with the Durham Police Department and the Durham Crisis Response Center, arrests were made in 18 sexual assault cases dating back to 1984.

Also, of note was the completion of a two-year campaign to waive outstanding court debt for over 11,000 people whose drivers’ licenses had been suspended. The Durham Expunction and Restoration Program partnered with the DA’s Office to waive a total of $2.7 million in fines and fees, with the goal of reducing financial barriers faced by individuals seeking jobs, education, and health care.

Lastly, the DA’s Office help an unprecedented racial equity training in partnership with the Vera Institute of Justice. Over 150 people throughout the Durham criminal legal system attended this two-day program, including judges, courthouse personnel, law enforcement, local officials, and community representatives. Other trainings in 2020 included understanding and mitigating structural racism and implicit bias, sexual assault examination processes, the effects of trauma on the brain, restorative justice practices, working with child victims, and more.

“Our vision of an effective, equitable, and compassionate justice system is steadfast,” Deberry reiterated.

Many other successful projects, ongoing campaigns, and operational responses to the pandemic were highlighted in the 2020 Annual Report.

The full report can be accessed here.