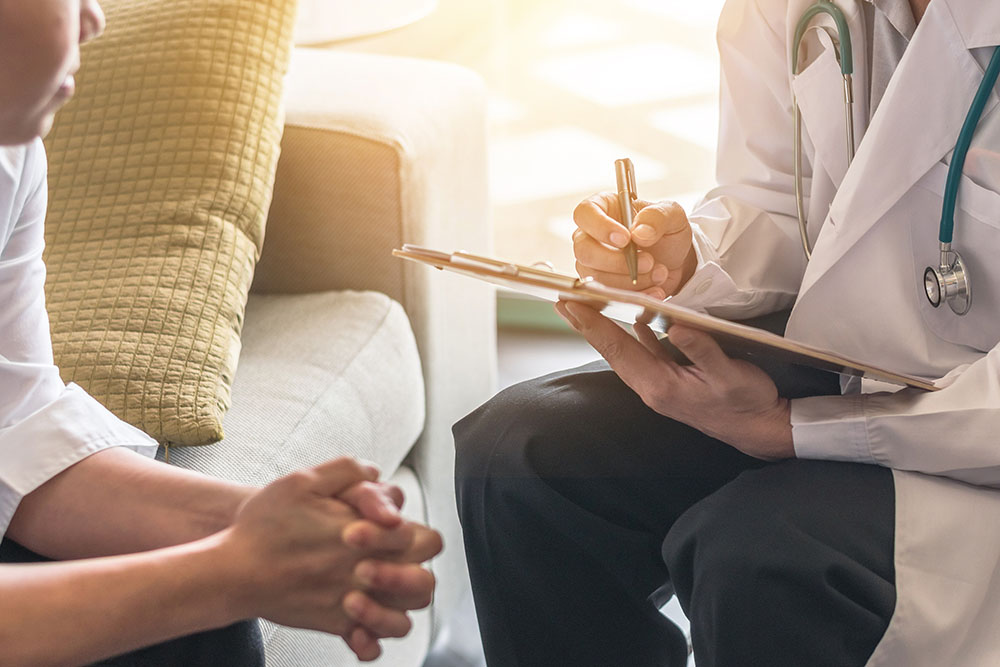 Prisoners with mental health issues are disproportionately represented in the criminal justice system, with over 37% in state or federal prisons diagnosed with mental illness. Their health and behavioral needs are often untreated, or they do not receive proper care. They also face significant challenges upon release when transitioning back into the community (prison reentry) and repeated arrests (recidivism).

Jail diversion programs are meant to prevent the unnecessary arrest of people with severe mental illnesses and substance use disorders and break the cycle of recidivism. It can be implemented before incarceration, facilitating interactions between people with mental illnesses and police officers – who usually lack the proper training – or after, requiring the enrollment into treatment programs as opposed to sentencing. However, these programs lack connections to the proper mental health services and community-based care.

ACT provides a framework for long-term, comprehensive care for individuals who struggle with severe mental illnesses and substance use. It relies on community integration to maximize independence and prevent rehospitalization. These teams have low staff-to-client ratios (1:10) and are multidisciplinary, comprised of various mental and physical health specialists who provide psychiatric treatment, employment services, and housing support.

Professors J. Steven Lamberti and Robert Weisman at the University of Rochester School of Medicine and Dara Faden with the National Institutes of Health reason, “If jail diversion requires access to treatment and assertive community treatment engages high-risk individuals in care, then combining these models should produce synergistic effects.”

In their initial 2004 study, they identified several key distinctions between FACT and ACT: the explicit goal of preventing re-arrest, the use of court sanctions to promote commitment, the inclusion of probation officers in FACT teams, and supervised community housing to promote safety and residential stability. In implementation, however, these aspects are highly debated across various studies, with some believing ACT itself is sufficient and others adapting it to include agents of the justice system and treatments such as Cognitive Behavioral Therapy (CBT).

Dr. Gary Cuddeback, an associate professor at UNC School of Social Work and research fellow at the Sheps Center for Health Services Research, has heavily contributed to research to better define the FACT model. His previous work includes evaluations of FACT eligibility, requirements and needs of FACT teams, and criminal justice involvement.

His comprehensive literature review of FACT research showed that programs lack consensus in regard to who is eligible, how teams should act, and how to keep patients engaged in treatment.

Generally, FACT is for people with severe mental illnesses involved in the criminal justice system, but this definition varies widely between programs. ACT is used for people with persistent mental illnesses whose needs are not met by traditional mental health services and who have extensive histories of hospital admissions. Eligibility for FACT can build upon that by requiring a certain type of mental illness (e.g., schizophrenia, depression), history of justice involvement, and/or a number of repeated incarcerations. FACT teams also vary in whether they accept serious and violent crimes.

One 2011 study by Dr. Cuddeback and Professor Joseph Morrissey of UNC found FACT-eligible users were more likely to be male, persons of color with histories of homelessness, substance abuse, and complex clinical profiles.

FACT teams often benefit most when they have criminal justice expertise because it allows them to aid in legal issues and better understand the different risks and outcomes of people in the justice system than typical ACT consumers. In terms of using legal leverage, the involvement of probation officers is still debatable because of the barrier between prioritizing public safety and mental health, and the evidence is questionable, showing either no benefit or some when applied in a supportive way.

When researching FACT or the criminal justice system in general, there are significant issues in establishing uniformity, obtaining the proper data, and keeping track of participants. These facts limit the potential experiments that can be done in order to better refine the model.

“From a research perspective, having a model where you are sure about its effective components leading to particular outcomes makes standardization important,” said Dr. Cuddeback. “But, [the implementation of FACT] has far outpaced its evidence base. People are doing it despite the lack of evidence on what needs to be done and what outcomes to expect.”

However, he believes that the specialization with FACT can be an advantage, allowing teams to be more flexible based on the needs of their clients. They can be efficient and proficient as they interact with the justice system and gain a better understanding of how they must adjust their actions accordingly.

When considering how governments could better incorporate these mental health treatments, there proves to be a significant financial challenge.

“Ideally, FACT or ACT would be part of a continuum of a robust community mental health system from the least intensive end of medication and psychiatrist visits to case management and then ACT and FACT at the end, and folks could move fluidly as need throughout that system,” said Dr. Cuddeback. “Nothing like that exists anywhere unfortunately. Developing FACT teams throughout communities is more of a barrier, but the need is there.”

The low staff-to-client ratio with 24/7 care requires a number of experts and mental health professionals along with the proper funding to maintain them. Their clients also have a variety of needs such as legal help, food, clothing, and shelter. Though ACT and FACT programs help hospitals and jails, respectively, save substantially from limiting hospital treatments and recidivism, these institutions have no incentive to share these savings with these teams or the greater community.

To better improve the treatment of prisoners with mental illnesses as a whole, we must focus on “a bed, a buddy, and a job,” according to Dr. Cuddeback.

“What we need to do is improve things within our community, so people can have safe and adequate housing, supportive employment opportunities, and social support,” he said. “I think that would go a long way to helping those who remain independent in the community. There is proper treatment, of course, like a robust substance abuse health treatment system. I would start there and see who is left and why.”