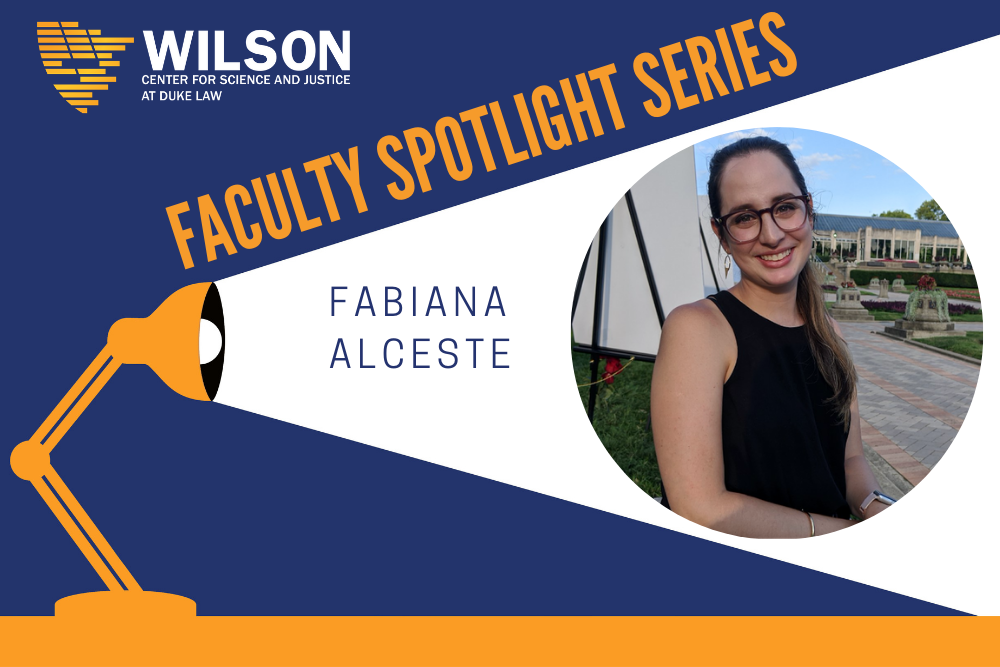 Dr. Fabiana Alceste is a Latina professor of psychology at Butler University who was born in Caracas, Venezuela and raised Miami, Florida. Dr. Alceste earned her Bachelor of Arts in Psychology and her Bachelor of Science in Criminology from the University of Florida and earned her Ph.D. from John Jay College of Criminal Justice/The Graduate Center, the City of New York University (also known as CUNY). She currently teaches introductory and social psychology courses and research methods/statistics; however, her research outside of the traditional college classroom focuses on Psychology and Law, an intersectional field that examines the social and cognitive processes that impact legal procedures and justice.

Dr. Alceste particularly focuses on police interrogations and false confessions. Some of her most recent work focuses on how interrogation practices impact judgments about police custody — a person’s understanding of their rights and freedoms during questioning — and confession evidence.

In an interview with the Wilson Center, Dr. Alceste credited her exposure to and desire to work in Psychology and Law to her professor at the University of Florida, Dr. Lora Levett, and her graduate school advisor, Dr. Saul Kassin. She said stories like those of Malthe Thomsen also drives her work.

Thomsen was brought in for questioning about sexual abuse in 2014 in New York City after an assistant teacher at International Preschools falsely reported to her supervisors that he was abusing children. Thomsen was an intern at the time.

In talking about the case, Dr. Alceste said one concerning issue was the lack of information about the interrogation tactics used against Thomsen. The actual interrogation was not recorded (police claimed they did not have to record them if the suspect was not in custody), but a confession from Thomsen was recorded. For Dr. Alceste, this raised questions about the tactics used against Thomsen, who later said he was “tricked” into a confession.

After a five-month investigation while Thomsen was behind bars, all charges were dropped because there was no actual evidence of the allegations. Furthermore, the school stated the assistant teacher who reported the abuse had a history of making false claims, which led to her termination.

Thomsen later died at the age of 27 from a blood clot found in his heart. Dr. Alceste said she’s not convinced his death was not caused, in large part, from the trauma he suffered. She admits she doesn’t know if Thomsen’s outcome would have been different if there was footage of the interrogation, but she knows “that was not right.”

Dr. Alceste expressed pride in her research and said she hopes it will help influence change in legal practices. She also loves teaching and doing her research as a Latina woman, in particular, because she hopes to serve as a role model to help students from similar backgrounds get into STEM fields.

“I am just really grateful to serve as a role model to all of my students but especially my students of color to show them that this is the path that [they can take],” she said. She added she hopes her work shows her students that “if you’re interested, there are ways for people like us to do this work.”

More of Fabiana Alceste’s work includes an article titled, “Facts only the perpetrator could have known? A study of contamination in mock crime interrogations,” and another titled, “The psychology of confessions: A comparison of expert and lay opinions.”