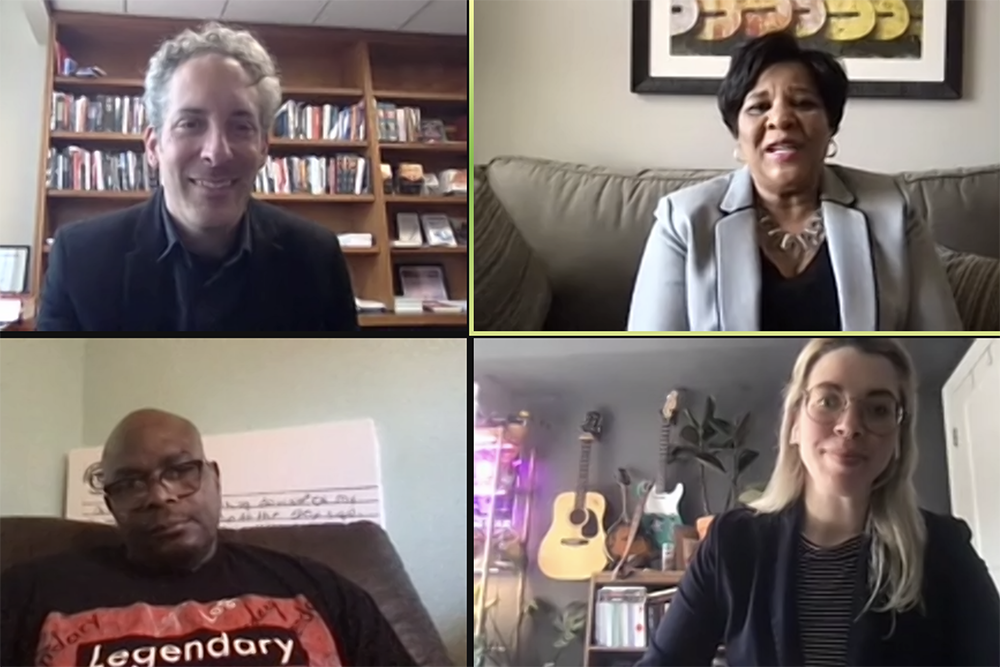 On Tuesday, March 9, Alice Marie Johnson and Dontae Sharpe joined the Wilson Center for Science and Justice at Duke Law to discuss community re-entry challenges for those people who have been incarcerated.

Johnson is a criminal justice reform advocate and former federal prison who served almost 22 years in prison. It was also announced at the event that she will serve on the Wilson Center’s new Advisory Board.

Johnson was convicted of charges related to her involvement in a Memphis, Tennessee-based cocaine trafficking organization and she was sentenced to life without parole. She was a first time, non-violent offender who “had never been in trouble in her life” but received this sentence for her “minor role in a drug conspiracy,” she told the Wilson Center audience.

Johnson’s sentence was commuted in 2018 by former President Donald Trump before she received a full pardon in 2020.

Johnson discussed how within her time in prison, she saw how women recidivated within the prison system due to lack of opportunity — in the workforce, in housing, in healthcare, in transportation that further impacts their access to work, and in identification, which inhibits people from being able to begin to build a foundation in life. “Prison became a revolving door,” she said.

She described how she was grateful to have support and resources upon release that allowed her to begin to rebuild her life, but it was not without struggle. Two weeks after release, Johnson shared that she is still unsure if it was food poisoning or being overwhelmed with the new world, but she remembers getting so sick that she had to go to the hospital. She did not have health insurance upon release. Because of this, she is still paying healthcare debt. She also described how she was unable to open a bank account because she had no form of identification upon release from prison.

Dontae Sharpe also shared his story. Sharpe was arrested when he was only 19 years old for a murder he did not commit. At his trial, he was sentenced to life in prison. Sharpe was offered several plea deals that could have lessened his sentence but did not accept them because he wanted to maintain his innocence. Sharpe was not released from prison until he was 44 years old.

Sharpe described how he tried to apply for a job at a furniture store after his release, to which the staff hung up on him twice once they recognized his name, despite the fact that he was exonerated. He said it’s been particularly difficult after prison even though he was proven innocent because people assume guilt after that much time away.

Sharpe also discussed the mental and emotional toll incarceration put on his family. He mentioned that he and his daughter did not have a great relationship because she was born while he was in prison and briefly discussed the work he is still doing to rebuild that relationship.

The audience also heard from Elenore Wade, a professor at Georgetown University Law Center where she teaches in the prison and reentry clinic. In this clinic, students help connect formerly incarcerated people to community resources.

Wade reiterated the fact that those difficulties Johnson and Sharpe spoke about exist everywhere, even in Washington, D.C., where it seems like there is a non-profit for every need.

Johnson and Sharpe’s stories highlight how much work must be done to rethink how we support people reentering from incarceration. In response, communities must begin to consider how to better support those who were formerly incarcerated upon release.