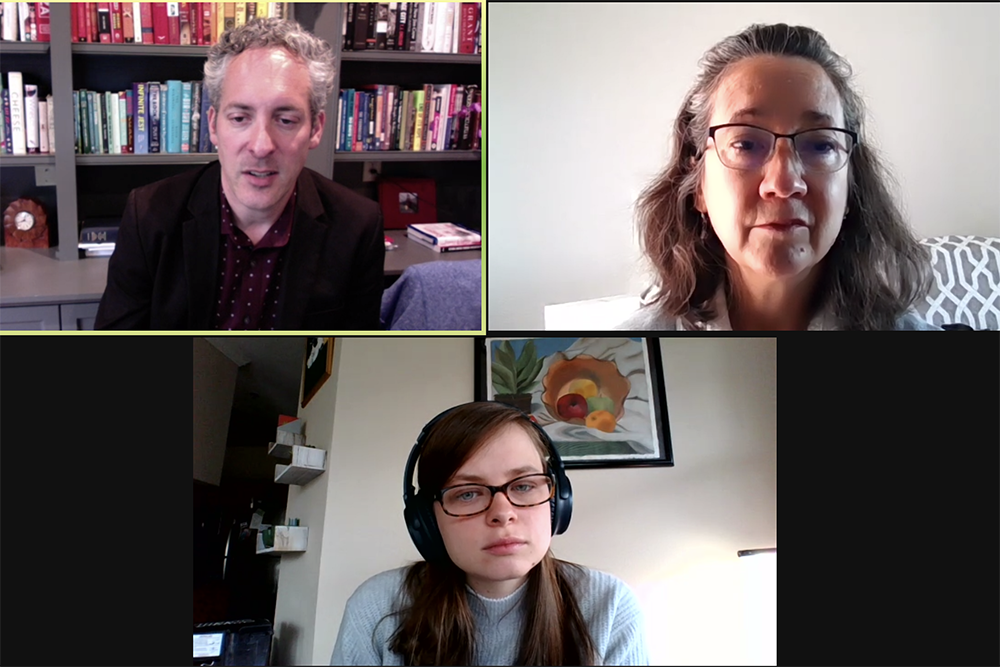 In Harris County, Texas, hearing officers and judges in low-level misdemeanor cases had relied on a cash-bail system prior to 2019. In setting misdemeanor bail, the hearing officers and judges did not routinely inquire into public safety, flight risk, or whether a defendant was homeless, indigent, or unable to pay. In most cases, bail hearings lasted under a minute, the defendant was not represented by a lawyer, and the defendant did not speak. The county went through tens of thousands of such hearings annually, in what Wilson Center Director Brandon Garrett called “assembly line pretrial justice.” All of this changed in 2019, through the settlement of the ODonnell litigation in which the federal court found that this system violated the U.S. Constitution.

Garrett, who was appointed Independent Monitor in the landmark bail reform ODonnell case in Harris County, spoke recently to Duke Law students about his work on the case with Deputy Monitor Sandra Guerra Thompson, a professor at the University of Houston Law Center, and Hunter Albritton, a 3L at Duke.

Thompson said at the recent event, A Blueprint for Bail Reform, that jail time of any length can lead to loss of home, employment, custody of children, and emotional trauma. The cash-bail “assembly line” procedure has profound consequences for poor defendants, who are forced to plead guilty or remain in jail until trial. Such practices disproportionately impact communities of color. Moreover, studies widely demonstrate that individuals who spend even a few days in prison are more likely to commit another crime.

“In misdemeanor cases, a person could spend more time in pretrial detention than if convicted,” Garrett told attendees. “From a rational perspective, even an innocent person would plead guilty to avoid lingering in jail for months.”

Civil rights groups directly challenged the cash-bail misdemeanor practices in a federal class action lawsuit. A district judge concluded, based on evidence presented in discovery and hearings, that the practices were unconstitutional, jailing people solely due to their socioeconomic status. Eventually, following an appeal, the Harris County defendants approved a consent decree calling for landmark systematic changes to pretrial procedures.

As a result, most individuals charged with misdemeanors receive a general order bond at the time of booking, allowing them to go home promptly and then return to court for a later hearing. Those charged with more serious misdemeanor offenses instead receive hearings, but hearings must adhere to rigorous standards, and accused individuals are represented by counsel. The consent decree also seeks to improve court scheduling procedures.

The monitor team actively observes and assesses the parties’ implementation of the consent decree. With guidance from Garrett and Thompson, Albritton read through the full consent decree, to help establish timetables for when mentioned parties were required to complete required tasks. As the monitoring work began, Albritton and other students have reviewed misdemeanor jail rosters and dockets.

Thompson described how her primary role in the monitorship is to build community support behind the effort. She leads regular meetings with community leaders and stakeholders, communicating the results and benefits of the implementation.

“You have to have buy in from the whole community… get [them] to recognize the benefits of what’s going on,” Thompson said.

Although the consent decree is an important step forward, the team recognizes pressing challenges. Garrett and Thompson described how many in the community fundamentally misunderstand the nature of the misdemeanor bail reforms. Community members inquire whether implementation of the decree will increase rates of crime. They fail to recognize that the vast majority of released defendants were charged for misdemeanors and pose little risk to society.  Indeed, data has shown a decline in repeat offenses after implementation of the consent decree.

Thompson brought up the point that without statewide legislation on bail reform, the efforts seen in Harris County are unlikely to be replicated in other parts of Texas. Without new legislation, the only path toward reform is through separate lawsuits in each of the 254 Texas counties. Thompson emphasized, however, that passing legislation in this area will not be easy.

“All the stars have to align for states to get real change like we have seen in some other states,” she said.

Despite challenges, the team appreciates that problems in cash bail systems are more publicly recognized. Moreover, the team recognizes the implications of their work, both in Harris County, and the nation as a whole.

“We have a landmark consent decree that people around the country are looking to as one model for bail reform,” said Garrett. “Implementation really matters and the details really matter.”