NC Considers Raising Minimum Age of Prosecution From 6 to 10 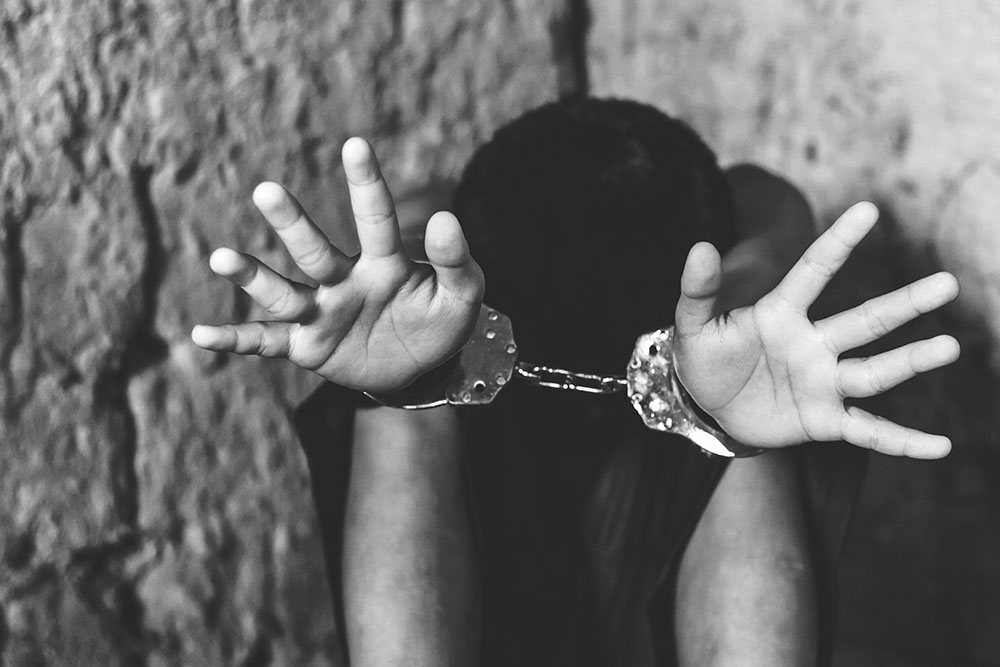 “The 6-year-old dangled his legs above the floor as he sat at the table with his defense attorney,” said Virginia Bridges of the Durham Herald Sun. In March 2021, an article by Bridges described the case of a young boy forced to appear in court for picking a tulip from a lawn near his bus stop. According to his attorney, the child’s attention span was too short to follow any of the proceedings, so she gave him supplies to color. Bridges’ report sparked national outrage at North Carolina’s minimum age for entering the juvenile justice system.

At 6-years-old, the state has the lowest official minimum age of criminal responsibility (MACR) in the world, and other states are not far off. Connecticut and New York set it at age 7; and Washington state, age 8. In total, the states vary widely with 22 setting theirs between ages 6 and 12 and 28 having no minimum age.

Minimum Age of Criminal Responsibility by State as of January 2021

*These states have some exceptions for certain criminal defenses (i.e., murder)

Young children do not have the brain capacity to understand the consequences of their actions or fully understand what it means to even break the law, and so they have no way of participating meaningfully in their court proceedings at such young ages, according to numerous research studies. States without set minimum ages also create grounds for unfair treatment in juvenile justice proceedings. The youth often do not receive high quality evaluations, with variations in training and administration, and informal age boundaries in court can be applied inconsistently.

Juvenile court interventions ultimately increase both violent and nonviolent future crimes rather than rehabilitating them. In the United States, the juvenile justice system also disproportionately impacts African-American youth, with Black children making up about 36% of those processed in juvenile court but only comprising about 17% of the actual 12 and under population in 2018.

Oftentimes, complaints against children are for age-appropriate behavior such as temper-tantrums, and more severe behavioral problems are more a result of complex individual and environmental factors that can be addressed better through cognitive behavior therapy and family-centered, community-based programs such as Multisystemic Therapy (MST) and Functional Family Therapy (FFT). The UNCRC recommends a holistic approach as a more effective way to address youth delinquency than juvenile detention facilities. This requires improved socioeconomic opportunities, better quality in schools and after-school programs, provisions for more leisure activities, and the involvement of families and entire communities to provide general support for youth enrichment.

In early March 2021, Sen. Danny Britt (R-13), Warren Daniel (R-46), and Mujtaba Mohammed (D-38) first introduced Senate Bill 207 to the NC legislature, which makes revisions to the Juvenile Justice Reinvestment Act of 2017, or the “Raise the Age” Act based on recommendations by the Juvenile Justice Advisory Committee. The bill would raise the minimum age for juvenile delinquency from age 6 to age 10. The Senate recently voted 45-0 for the legislation and now awaits a final vote in the House.

Though the bill would raise the age, it still allows juvenile court counselors to conduct child consultations and the investigation of child complaints for children ages 6 to 9. This means that children that do not meet the new minimum age would still have access to services and diversion programs (community service, mediation, etc.) in the juvenile process, but they would not be called to court if their guardians fail to comply with these programs.

Raising the age to 10 would be a substantial improvement for North Carolina’s juvenile programs, despite the age being younger than many organizations suggest. North Carolina’s Task Force for Racial Equity in Criminal Justice recommended the age be revised to 12 in their 2020 report. The National Juvenile Justice Networkrecommends age 14 as does the United Nations Convention on the Rights of the Child (UNCRC), because it is the most common minimum age of criminal responsibility internationally.

Despite these recommendations from researchers and various organizations, the United States as a whole has yet to implement a federal minimum, and without more standardization, inconsistencies will continue to exist in juvenile delinquency programs across the country. The potential bias, early exposure, and improper treatment will only contribute to more recidivism and a criminal justice system that disproportionately impacts people of color. Even though North Carolina is trying to change it, other states must make the effort, as well.