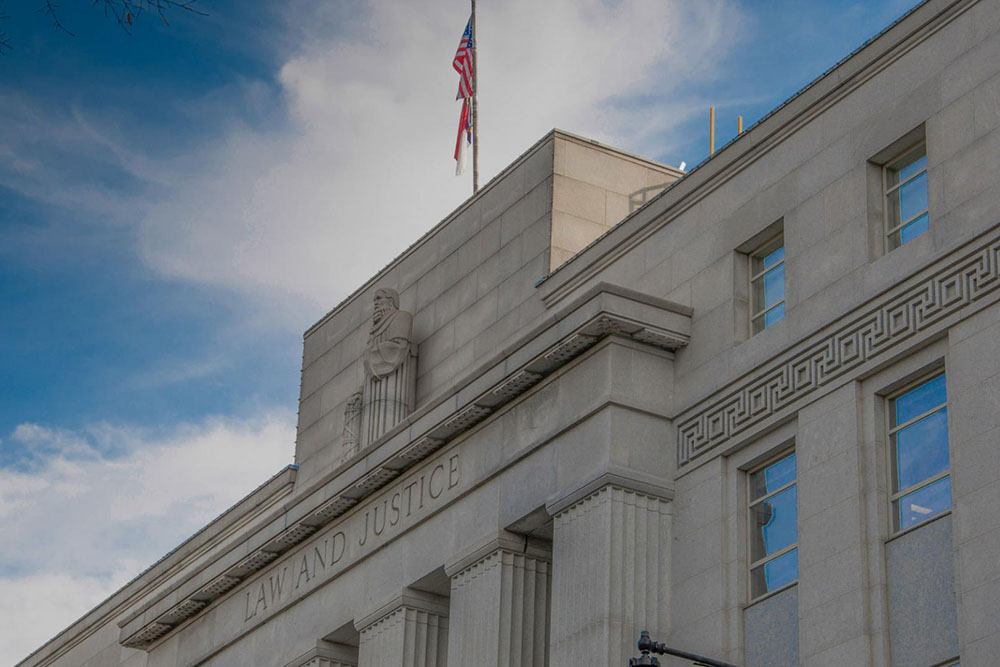 Last year, Brandon Garrett, Karima Modjadidi, Kristen Renberg, and I published a paper on juvenile life without parole (JLWOP) in North Carolina in The Journal of Criminal Law and Criminology at Northwestern Law. We examined the cases of 94 North Carolina juveniles, aged 13 to 17 at the time of their offenses, who were sentenced to JLWOP. We also questioned what goals JLWOP serves, given what an inconsistently-used, uncommon, geographically-limited, and costly sentence it has been in practice.

In lay terms, the essential question before the court in these cases is how many years is appropriate to make a child wait before he or she can be considered for release from prison. To answer this question, the Justices will almost certainly have to decide whether forcing a child to serve a minimum of 45 years in prison runs afoul of two important juvenile sentencing cases, one federal, one state.

In Miller v. Alabama, 567 U.S. 460, 132 S. Ct. 2455,183 L. Ed. 2d 407 (2012), the United States Supreme Court held that imposing a mandatory sentence of life without parole (LWOP) on a child, where the judge could not impose any lesser sentence, violated the federal 8th Amendment’s cruel and unusual clause. After Miller, the North Carolina General Assembly acted quickly, passing into law N.C. Gen. Stat. §§ 15A-1340.19A-D, which established new rules for sentencing juveniles convicted of first degree murder. The North Carolina Supreme Court upheld these statutes in State v. James, 371 N.C. 77, 813 S.E.2d 195 (2018). The Court also stated that LWOP “should be reserved for those juvenile defendants whose crimes reflect irreparable corruption rather than transient immaturity.” James, 371 N.C. at 94, 813 S.E.2d at 207.

In legal terms, then, the question presented by Kelliher, Anderson, and Conner is whether 45 years before even becoming eligible for parole amounts to a de facto LWOP sentence for a juvenile who a trial court has already determined is not “irreparably corrupt?” Are these sentences the functional equivalent of LWOP?

They are. Which raised another question: How many people are serving such sentences in North Carolina?

Luckily for the citizens of North Carolina, the Department of Public Safety keeps detailed records about people in its custody using a system called OPUS. I mined OPUS data (found here: https://webapps.doc.state.nc.us/opi/downloads.do?method=view), for information on people serving life with parole sentences.

The “Inmate Profile” dataset from the link above includes, for every person who has ever been in DPS custody, a conviction date, parole eligibility date, and projected release date. People serving life with parole sentences have a projected release date in the year 9999. Using these data points, I was able to identify everyone who is serving more than 75 years and has a parole eligibility date at least 7 years prior to their projected release date. This method captured everyone currently serving life with parole and “80 year life,” the sentence used between April 8, 1974 and July 1, 1978, for convictions requiring life imprisonment.

I then accessed the “Sentence Component” dataset, which includes the offense date for each conviction in OPUS. I linked offense dates from “Sentence Component” and birth dates from “Inmate Profile” using each person’s unique OPUS number. This enabled me to determine how old each person was when the crime occurred that led to a life with parole sentence.

I found that as of April 17, 2021, there were 1,628 people serving life sentences in North Carolina. I then counted the number of people who have had to serve or will have to serve more than 25 years until they are eligible for parole. I chose 25 years because that is the amount of time that juveniles sentenced to life with parole under the “Miller fix” statutes in N.C. Gen. Stat. §§ 15A-1340.19A-D must serve before they can be released.

I found that there are 527 people who have served or will serve more than 25 years before the Parole Commission considers them. And of those 527, there are 51 people who must serve more than 25 years imprisonment before parole consideration for crimes they committed as juveniles. These 51 juveniles will serve, on average, 37.8 years before they become eligible for parole.

To me, the data shows two things. First, the impact on the justice system as a whole of the Kelliher, Anderson, and Conner decisions will be relatively limited. There are only 48 other people in their positions.

Second, the impact on those 51 people is enormous. The North Carolina Court of Appeals recognized as much in its opinion in Kelliher. A person who enters prison as a teenager and is released 50 years later has lost the ability “to directly contribute to society.” State v. Kelliher, 849 S.E.2d 333, 350 (N.C. Ct. App. 2020). For the North Carolina Supreme Court to hold otherwise would fail to “provide a meaningful opportunity to demonstrate the maturity and rehabilitation required [by the Constitution] to obtain release and reenter society.” Id. Children, even those who have committed terrible crimes, are capable of change. Those who have should not be forced to spend their entire adult lives behind bars.

Ben Finholt is the Director of the Just Sentencing Project with North Carolina Prisoner Legal Services. He is also an affiliated collaborator with the Wilson Center.