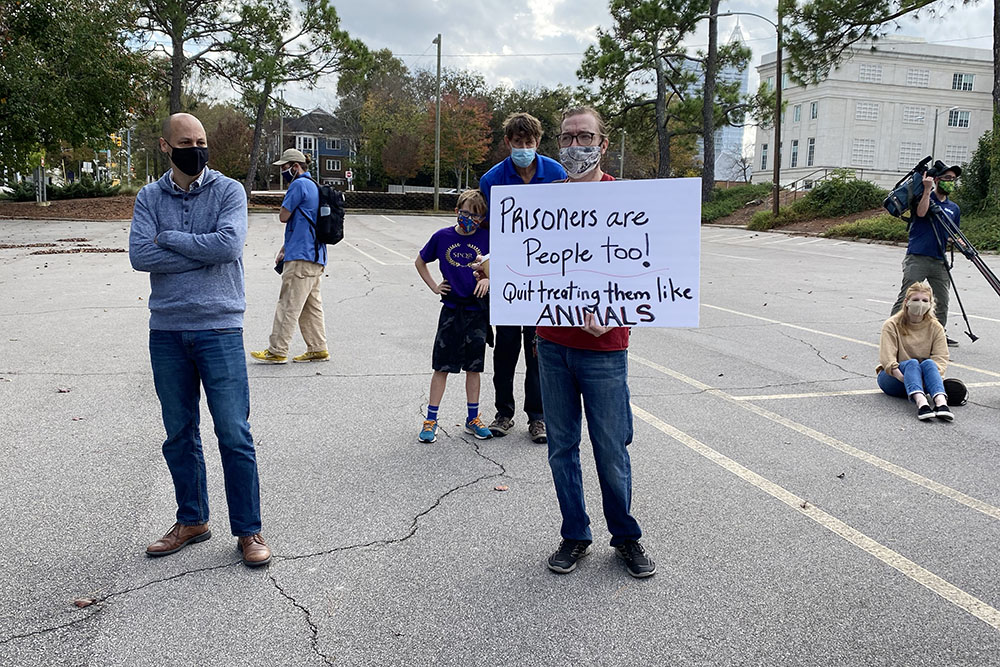 Duke Law Professors James E. Coleman Jr. and Jamie T. Lau brought much-needed attention in an op-ed published Monday to the fact that even after serving 25 years in prison, North Carolina can get away with compensating the wrongfully convicted as little as $45.

The op-ed was published by the News & Observer.

For nearly 25 years Howard Dudley sat in prison, wrongly incarcerated after only a 15-minute police investigation. This is not an exaggeration. Kinston Police investigators conducted only a single interview in the case. A more generous accounting would include collecting the report of the alleged crime, which would result in 40 minutes of total work for the officers whose investigation sent Mr. Dudley to prison for life.

In 2016, Mr. Dudley’s conviction was vacated and he was exonerated after new evidence demonstrated his innocence. Superior Court Judge W. Douglas Parsons said, “Our system of justice failed Mr. Dudley, period. And I simply cannot in good faith, as an officer of the Court, and upholding the dignity of the legal system of North Carolina, Superior Court Division, let these convictions stand.”

The justice system continues to fail Mr. Dudley. Despite his exoneration more than five years ago, he has received no compensation for his wrongful conviction beyond the $45 gate check all incarcerated people receive upon release. The reason is simple: to receive compensation from the state, he must first receive a pardon of innocence from the governor, an opaque, political process that has failed Mr. Dudley and others like him.

Gov. Roy Cooper issued pardons of innocence in late December to five men he believed to be wrongfully convicted. The move came after he secured a second term in office, marking the first time in nearly four years Cooper used his clemency power. The pardons also came after a coalition of North Carolinians and organizations sat vigil outside Cooper’s mansion for 58 days to ask him to use his power for clemency.

The current circumstances are intolerable and the governor shows no interest in changing them. House Bill 877, a bill just introduced in the General Assembly, would change that. It provides an alternative, transparent route to the governor’s exclusive role as gatekeeper to determine who receives compensation after being wrongfully convicted and exonerated by a court. The governor could still trigger compensation with a pardon of innocence but, under the bill, a court could also trigger compensation with a finding that the overturned conviction was erroneous. Unlike the pardon of innocence, this new process would be governed by clear rules and ensure that compensation for people like Mr. Dudley occurs in a timely fashion, when it is most needed.

At least five other men who have had their convictions overturned by courts languish waiting for the governor to act. Most of these men’s names are not even on the governor’s Clemency Office website because the current administration has taken the position that clemency requests are not public records. Even if that were true under the law, it is bad policy; people have a right to know who is seeking clemency from the governor, whether they favor it for particular individuals or oppose it. The current opaqueness insulates the governor from criticism.