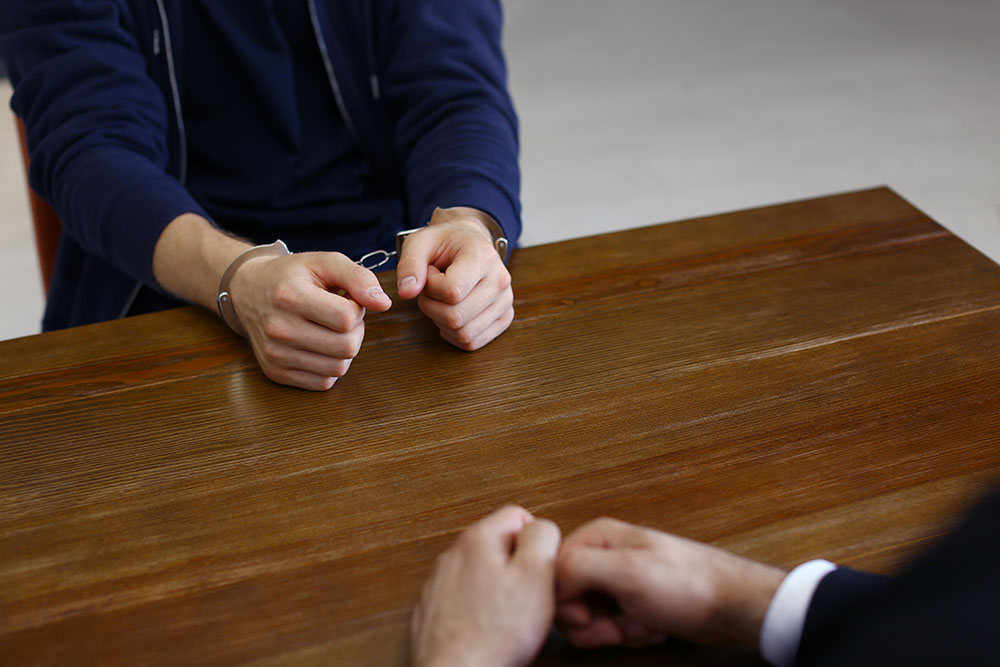 Thirteen-year-old Art Tobias was convicted of murder in 2013. Witnesses said the gunman was about 20 to 30 years old, and around 200 pounds. The surveillance cameras at the scene showed a large man wearing a white shirt. Tobias was 4’ 11”, 110 pounds, and wearing a black Scooby-Doo t-shirt at the time of the crime. When he was brought in by the LAPD, he was never given the opportunity to speak with an attorney or his mother, and detectives interrogated him for hours.

LAPD claimed they had him on video. They told him his mother identified him. They promised leniency. Eventually, Tobias falsely confessed to the murder, using details the detective told him throughout the interrogation. He was sentenced to 25 years in the Department of Juvenile Justice.

In May 2021, the Illinois General Assembly officially passed legislation prohibiting the police from using these deceptive tactics while interrogating minors. Senate Bill 2122, strongly supported by expertise from the Illinois Innocence Project, bans common techniques, such as falsely promising leniency or claiming incriminating evidence. As of July 8, the legislation was awaiting the Governor’s signature.

Under the Fifth and Fourteenth Amendments in the U.S. Constitution, law enforcement cannot force suspects to self-incriminate or coerce confessions. In other words, a confession must be voluntary in order to be admitted as evidence – which seems simple – but deception during interrogations significantly muddles these boundaries. Their use increases the chance of false confessions and wrongful convictions, but the practice is considered legal with only a few limits. Young people are particularly vulnerable to this, and they are even more likely to ‘confess’ when false evidence is presented. Data from the National Registry of Exonerations shows that 10% of exonerees who were wrongly convicted at 18 or older falsely confessed, but 36% of exonerees minors falsely confessed.

The U.S. Supreme Court case Frazier v. Cupp (1969), in which Frazier was falsely told his accomplice confessed, confirmed that lying was a legal interrogation practice for law enforcement. Since then, the practice has evolved to include fabricating fingerprint and DNA evidence, witness statements, etc. It has been seen as a point of hypocrisy in the criminal legal system with individuals being penalized for deceiving law enforcement but law enforcement being protected from deceiving individuals.

Its use is heavily debated, especially under the voluntary aspect of the Due Process clause. “When a kid is in a stuffy interrogation room being grilled by adults, they’re scared and are more likely to say whatever it is they think the officer wants to hear to get themselves out of that situation, regardless of the truth,” said State Sen. Robert Peters (D-13) who sponsored the bill.

“Police officers too often exploit this situation in an effort to elicit false information and statements from minors in order to help them with a case,” said Peters. “Real safety and justice can never be realized if we allow this practice to continue.”

Illinois, known as the “False Confession Capital of the United States,” has a long history of using deception, most notably in the cases of the Englewood Four, the Marquette Park Four, the Dixmoor Five, and the Uptown Seven. Wrongful convictions like these not only cost these groups years of their lives but also cost taxpayers millions in wrongful conviction compensation.

“In Illinois alone, there have been 100 wrongful convictions predicated on false confessions, including 31 involving people under 18 years of age,” according to the Illinois Innocence Project.

The legislation garnered widespread support from law enforcement officers, including the Office of Cook County State’s Attorney Kim Foxx, the Illinois Chiefs of Police, and the Illinois State’s Attorney Association. Despite a divided assembly, it was passed almost unanimously in both the House (114-0) and the Senate (47-1).

Bills limiting deceptive interrogation practices have also been introduced other states. In Oregon, a similar bill passed the Senate and is being passed to the House. In New York, the ban includes interrogation for minors and adults, but still awaits legislative action.

Even stronger action has been taken in California, where State Senator Bill Dodd (D-3) introduced a new bill for the Commission on Peace Officer Standards and Training to integrate science-based interrogation methods. This legislation specifically denounces the Reid technique, which has dominated US interrogation for more than 75 years.

The Reid technique, as developed by John E. Reid in the 1950s, recommends a series of psychological techniques – including promises of leniency and pressure placed on suspects to admit to a crime. This form of interrogation has been highly scrutinized in recent years due to its potential for coercion and its role in known false confessions.

While this deception bill is not as inclusive, it is still a historic step towards limiting psychological coercion in interrogations and would encourage officers to utilize more effective alternatives.