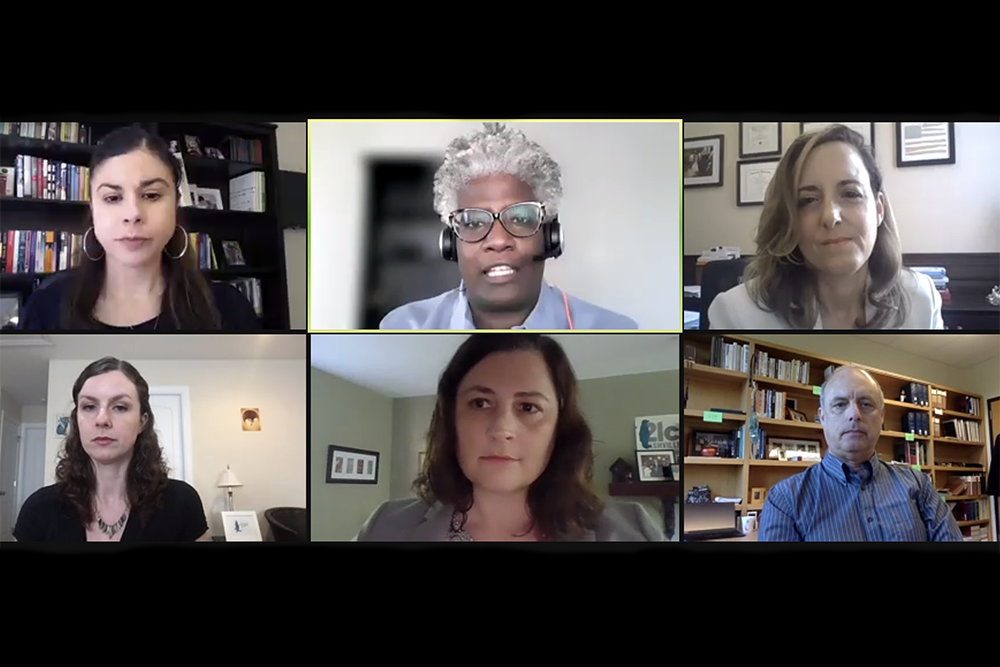 DURHAM, NC – In a unique partnership with the Wilson Center for Science and Justice at Duke Law, two district attorney’s offices are providing unprecedented access and information about the little-understood world of plea agreements in criminal cases.

Despite plea agreements accounting for approximately 90-95% of all criminal case dispositions, what actually happens during the negotiation process has historically not been studied. The Plea Tracker’s initial yearlong study will result in aggregated data to uncover patterns and trends in how prosecutors use their discretion. In a bold step toward creating evidence-based and data-driven prosecution strategies, the offices will use this data to inform future policies and decision-making.

What does it mean when an office chooses to begin tracking their pleas in this way? The prosecutors taking part complete an online form once a case has been negotiated and the plea agreement is finalized. The online form has been tailored to each DA’s office—the particular jurisdiction, interests, resources, and practices used by their staff—to maximize the benefits of participation for the office itself and the independent research team.

In addition to basic case information, prosecutors in each office report on the factors they consider at each stage in their plea recommendations. They document factors not previously measured, including victim and defendant demographics, assessment of danger risks, access to mental health and substance use treatment, and the victim’s
desired outcome.

“The Plea Tracker gives so much insight into processes that are otherwise completely unobservable. This project is an attempt to lift the hood on the vast majority of cases, and really see how the justice system works,” said Will Crozier, Wilson Center Research Director. “The lessons learned from this project will undoubtedly have an impact on our understanding of how justice is negotiated, and I think will result in a better understanding of how progressive prosecution can improve the criminal justice system.”

Prosecutors wield enormous discretion and power by determining which charges to prosecute, which charges to reduce, and which charges to dismiss. Yet, few prosecuting offices have adopted empirical approaches to assess the impact of negotiated outcomes. In part because of unchecked plea practices, U.S. incarceration rates have exploded in recent decades without evidence to demonstrate those policies make communities safer. The Plea Tracker serves as a check on prosecutors’ practices by identifying potential racial disparities, examining consistency across similar cases, and encouraging individualized case outcomes tailored to the needs of defendants, victims, and the community.

“My approach during these rightfully turbulent times is to lead by example. As a prosecuting office, that means taking ownership of our institution’s historic role in perpetuating systems of oppression, the vestiges of which persist to this day,” said Berkshire County District Attorney Andrea Harrington. “That’s why my office has actively interrogated our prosecution policies since the day I was sworn in to end the pervasive racial disparities that infect our system, to seek therapeutic treatments where appropriate, and to ensure the victims of violent crime obtain the justice that they deserve.

“I know that we will only overcome an entrenched system by shining a powerful light on the drivers of prosecutorial decision-making and by ensuring we have rigorous data to back up our efforts to bring transformative change to the American justice system. Opening my office for scrutiny in the name of digging deeper into the differences between who our justice system affords mercy and who it does not is leading by example.”

“We cannot address the deep-seated racial disparities in our criminal legal system without scrutinizing how plea offers are formed and negotiated. As prosecutors, the plea process is our biggest opportunity to use our discretion to create a more equitable system,” said Durham County District Attorney Satana Deberry. “The Plea Tracker helps our office to ensure that achieving fairness and equity – rather than pursuing the highest possible charges and sanctions regardless of the costs to our community – are the starting point for resolving each case.”

Researchers began collecting data in Berkshire and Durham in April 2021.

“The DA’s commitment to transparency on this project is commendable,” Crozier said. “The window they are giving us into their cases has the potential to vastly improve how the justice system works, both in their offices and elsewhere. We’re really lucky to have them as research partners.”

The Wilson Center also announced Thursday a new partnership with Utah County Attorney David O. Leavitt in Provo, Utah. They also made a call for other district attorney’s offices and public defender’s offices to reach out if they were interested in participating in the plea tracking research.