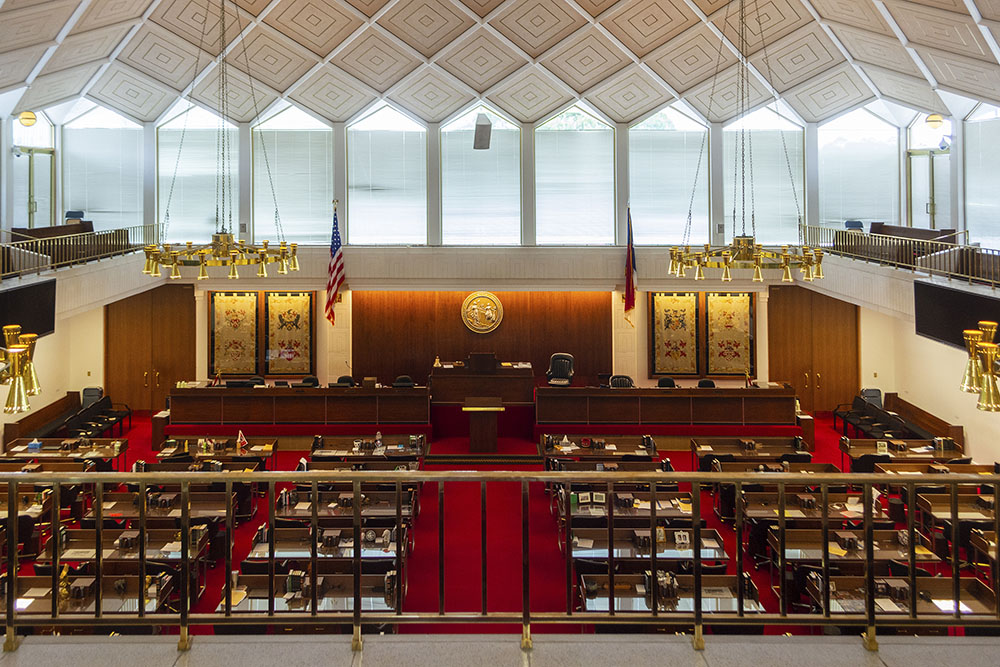 The North Carolina General Assembly recently released its final budget, the first since 2018, and it allocated funds that will directly affect the health and safety of incarcerated people in North Carolina’s prison population.

Against the wishes of some county officials and sheriffs, the bill did not include Medicaid expansion, which would have helped people leaving incarceration attain medication and treatment vital to chronic mental and physical health conditions. The bill does provide funds for medication-assisted treatment (MAT) for incarcerated people and those in reentry programming. Of note, it also sets aside money to improve safety conditions in prisons.

North Carolina’s correctional facilities will receive an allocation of nearly $3 million for “critical safety updates,” including increased access to automated external defibrillators and replacing metal bed springs. In 2019, NC Health News reported that Central Prison was left with a severe lack of staff and funding following the state budget standoff. Nearly three years later, this bill addresses the issue with approximately $4.8 million in funding for operating its long-term care facility for the chronically ill.

Ben Finholt, director of the Just Sentencing Project at the Wilson Center, explained that prisons “are currently driven by staffing concerns; they are just so understaffed that if they have to do extra stuff to keep people safe, it’s made even more difficult because they don’t have enough people to make those extra steps possible.”

With the rise of new COVID variants like Omicron that pose a severe threat to prison environments, it’s likely North Carolina will be forced to reimplement and strengthen precautionary measures. Finholt predicts this process may be expedited by the budget funds, as “doubling the budget” may have allowed prison officers to handle the 2020 surge in COVID cases more efficiently.

The budget bill also directed funds from Attorney General Josh Stein’s settlement with major opioid manufacturers to a special Opioid Abatement Reserve fund, some of which will be used to expand treatment for people with opioid addictions in North Carolina’s criminal legal system.

Specifically, the budget allocated money to MAT programs designed to use Food and Drug Administration (FDA) approved drugs to treat opioid use disorders for those in the NC criminal legal system. Two million in recurring funds was almost equally distributed to establish, maintain, and expand MAT programs in prisons. The budget further provides $8 million in non-recurring funds from the federal Substance Abuse Prevention and Treatment Block Grant to pilot a MAT Community Supervision program serving those recently released from incarceration using the same FDA-approved drugs to treat addiction disorders.

Many people in prison report feeling isolated and unsupported as they reenter society, and according to national and state polls, the COVID-19 pandemic exacerbated these feelings. Reentry programs connecting people reentering society with food, jobs, and health resources alleviate this need. The new budget includes $400,000 in one-time funds for local reentry councils. It also allows a one-time $250,000 release to the Robeson County Reentry Program.

The passage of the Raise the Age legislation, working to change the age at which young people may be charged as adults, in the North Carolina General Assembly was followed with $2.5 million in one-time funds for young people reentering the community from state Youth Department Centers.

Due to the settlement in NC NAACP v. Cooper, in which the North Carolina criminal justice system reduced the prison population in accordance with pandemic concerns, the budget gives non-recurring funds of $1 million for community supervision programs. These programs include short term housing and recidivism reduction services which work with high-risk offenders in need of cognitive behavioral intervention and substance abuse treatment.

While the budget fell short in several respects, it does provide for significant improvements in the safety, health, and reentry of justice populations. As the COVID-19 pandemic rages and mutates, these budget injections allow prison officials to address pressing staffing and safety concerns within facilities. And, importantly, it allows them the time to investigate, analyze, and implement precautionary measures to prevent against any future outbreaks of COVID-19 or its variants in prison populations.

Ruthie Kesri is an undergraduate student at Duke University working this summer with the Wilson Center for Science and Justice.